Company executives believe that the launch of the scooters – the new Alpha, Ray and Ray-Z, has been influential in registering this growth. They also believe that an expansion in sales and service network, along with the customer centric activities the company has been involved in, will further leverage consistent growth. 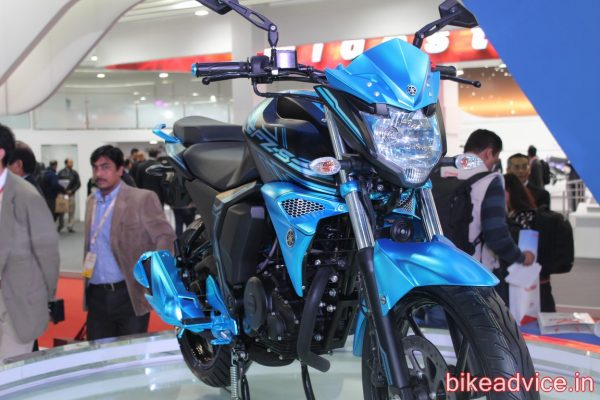 Yamaha entered the automatic scooter segment of India amidst the frenzied fan-fare of the Delhi Motor Show in 2012 when they displayed the Ray scooter prototype! The scooter market in India is believed to experience a volume of more than 3 million units a year, and with 14,000 units of the Alpha already sold, Yamaha is well on its way to add a significant chunk to that volume. The Alpha indeed has a tough climb ahead as it is in direct competition with Honda’s extremely successful Activa and others.

The enthusiasts are eagerly waiting for the Yamaha R25 to be launched, after the disappointing confirmation that there is not going to be any new R15 V3 this year. But what will definitely make way is the FZ Version 2, spyshots of which are consistently coming in. There are also speculations of a 125cc scooter launch from them.