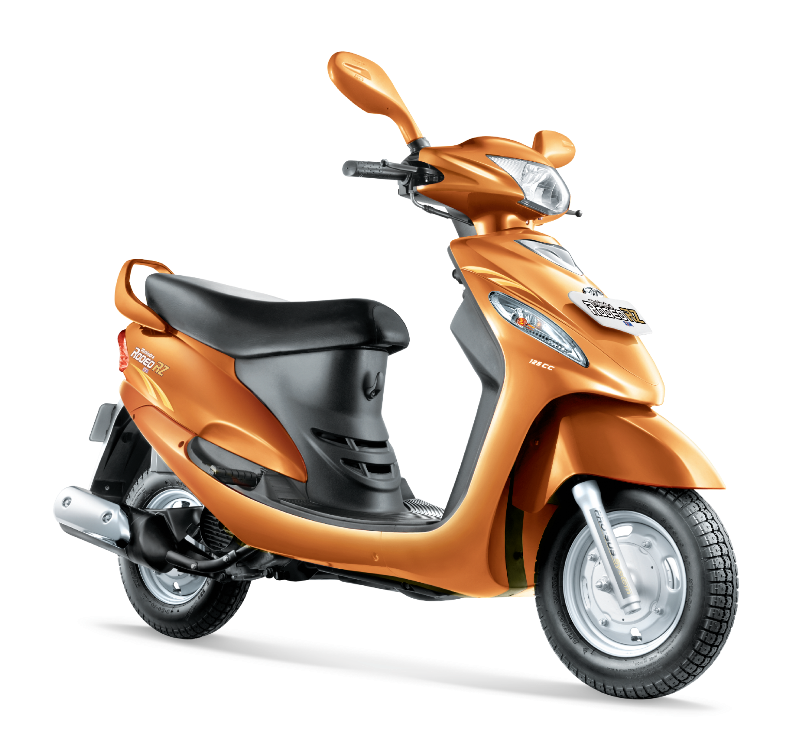 The new Rodeo RZ is basically the same scooter which impressed us during our last stint with it in our official ride review. Mahindra has tried to enforce ‘newness’ to the scooter and it now comes with new decals and fresh bright color options, which basically are more female oriented.

Like what Mahindra did with the Duro DZ, by making it more user friendly by ironing out whatever niggles customers and ride reports suggested, Rodeo RZ is expected to do the same.  The peppy scooter now comes in 7 colors including two new color options (of what we know till now) – Flame Orange and Electric Green.

There have been tinkering done with the engine bits to make it more city friendly and the engine now comes with dual mapping ignition system for improved fuel efficiency. There was a little gripe among existing Rodeo owners that the scooter is a little inconsistent in its fuel efficiency.  According to ARAI approved figures, Rodeo is capable of returning 59kmpl. On the roads if this efficiency turns out to be around the 40-45kmpl mark, this would take it right at the top of the pyramid among similar powered scoots. 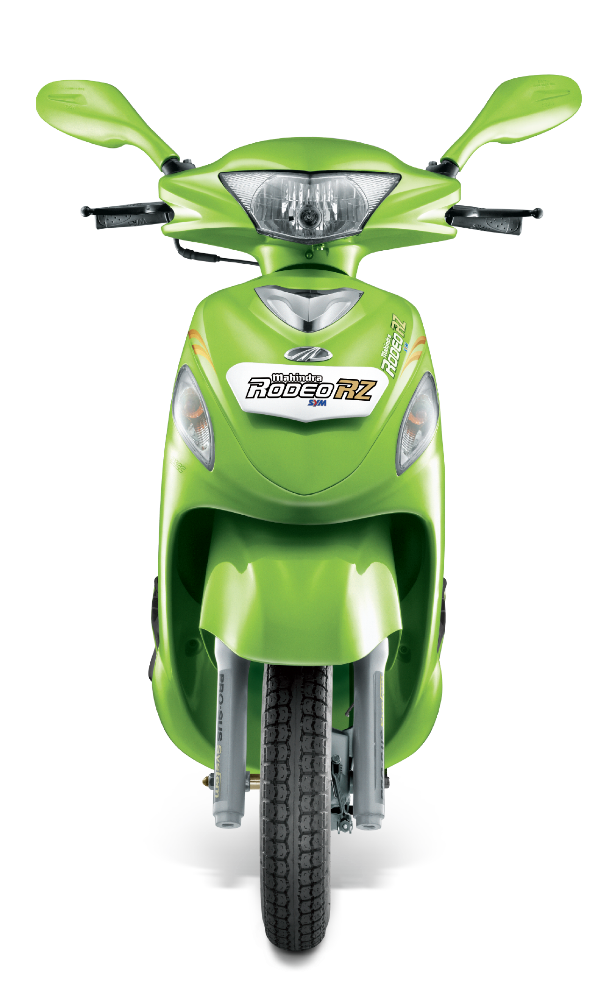 Some comparison charts shared by Mahindra claimed the following points:

*Above mentioned are Mahindra claimed figures.

Mahindra has not disclosed any pricing details for Rodeo RZ as of now. It is expected that Rodeo RZ would become available soon. As they did with Duro, we expect a marginal price hike of around 1-4%. When we tried to check the current Rodeo on Mahindra 2 wheelers official website, it was not present. 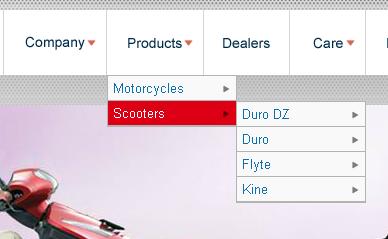 Mahindra is seriously considering customer feedback and working on to improve its products. Duro DZ is a classic example of that. The two biggest gripes which we have received from actual owners are the inconsistent and lowly mileage of Rodeo along with the lower ground clearance issue. As we have described above, Mahindra seems to have taken all the feedback in ironing out these issues and making the scoot more road and user friendly. A comprehensive and long term report would reveal a lot more about the scooter. Till then, let’s wait for the official word on pricing. Technical specifications of Rodeo RZ are mentioned below.