After seeing sluggish sale in scooter segment and failure in motorcycle segment, Mahindra two wheelers now plans to enter in a partnership with Yamaha Motor Corporation of Japan, as per the new of Hindu Business line. The partnership may lead to strategic coloration regarding technology sharing, manufacturing sharing or dealer base sharing. However, there is nothing confirmed from Mahindra two wheelers and Yamaha Motor Corporation of Japan in this regard. 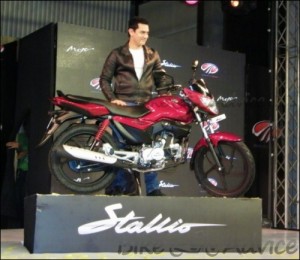 “There were comprehensive discussions going on. They (Yamaha) wanted many things. They’re looking at a holistic business partnership, which includes marketing and manufacturing,” a person close to the development said. “Yamaha is a complicated organisation with many investors, so this is not a straightforward matter. Nothing has been finalised yet. The talks have not reached the investment stage.” he added

Mahindra two wheelers launched Stallio motorcycle last year September. However, the company halted its production due to some persistent problems with the gearbox.  The company is now looking for technology partner, through which it can leverage its brand name in 100-125 cc motorcycle segment. Similarly, Yamaha is also aggressively looking to expand its footprint in rural segment of India. If the deal goes through it will mutually benefit both the companies as Mahindra has better and deeper understanding of Indian rural segment which Yamaha is looking for, while Yamaha Motor corporation has better grip on technology which Mahindra is looking for.

As nothing is confirmed yet, wait for an official announcement.