Greetings! Every moment there is some news or other popping out of the two wheeler sector. A few weeks past we at Bike Advice rolled out the news that Mahindra is going to re-launch their bike Stallio somewhere at the end of the year. News now has it that Stallio is going to be re-launched somewhere by Diwali. Mahindra has really kept Stallio away from the limelight after it was launched due to some problems. We have consistently tried to bring out news relating to the bike and will continue to do so. After a successful launch with some exciting ad campaigns Stallio never really fared up to consumer’s expectations.  Soon after the launch of Stallio into the market the company called it off due to some persistent problems with the gearbox. 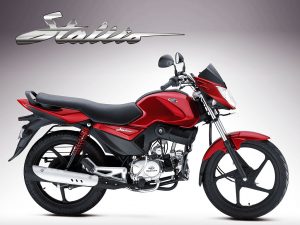 Not much time has passed when the news about Mahindra re-launching the bike rolled out. Now the company has come up with more clear statements regarding launching the bike later this year in the festive season. News has it that the company will probably re-launch the bike by Diwali.  Mr Devendra Shinde, V.P marketing, Mahindra said that the company has earlier made a soft launch with minor modifications and the bike is now ready to be launched. He also added that the re-launch exercise will be in the festive season this year.

Apart from the motorcycle front, Mahindra is doing great in the scooter segment too. Its scooters like Duro, Rodeo and others are really doing it well but the company is really looking to establish its grip on the 100-110cc commuter motorcycle segment.  Mahindra knows that the blood of motorcycling in the country is 100 -125cc segment and thus it is concentrating on that segment.  Mr. Shinde said that the company is planning its strategies and will be very soon seen as a big name in the Motorcycle segment too.  All in all, Mahindra is all set to re-launch Stallio by Diwali. We will have to wait and see if they succeed this time around or not.