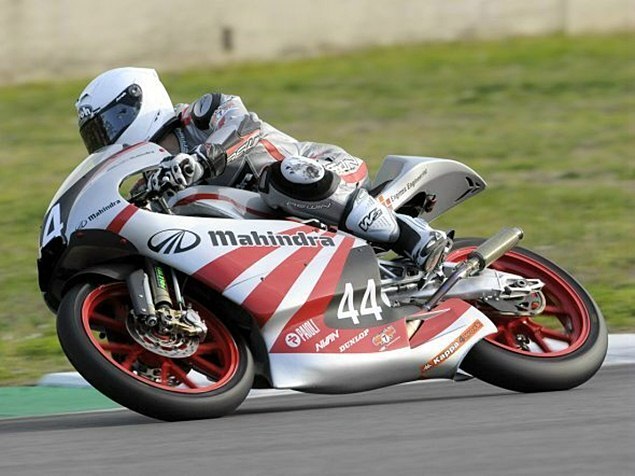 Mahindra racing, the motorcycle racing arm of Mahindra 2 Wheelers took the leap last year into the world of international motorcycle racing in the 125cc GP category and so far, their rise has been splendid. This year competing at the Italian National Motorcycle Racing Championship (CIV), out of the 7 races held so far, 5 have been won by Mahindra Racing alone out of which 2 have been double podium finishes. That is something quite unbelievable considering the fact that this is only the 2nd year of the team for any such globally competitive event.

Currently, Mahindra Racing is leading the constructors’ standings by a marginal 5 point lead over Aprilia. With the final race to be held at the Vallelunga Circuit, the team is putting all hopes on their two riders, Italian Riccardo Moretti and Czech Miroslav Popov for a championship title of the Italian National Motorcycle Racing Championship (CIV). The team has had an outstanding track record so far and has high hopes that it will be able to seal the constructors’ title this season. Moretti has till now scored 5 podium finishes including a win at the first race at Misano. Apart from Mahindra Racing aiming for the constructors’ title, Moretti is also aiming for a second place in the riders’ championship title.