Greetings! The MotoGP season is on its way and so are the teams. The teams from various cross border ethnic mix are in the competition and India is not missing out as well. As a matter of fact Team Mahindra has registered one of their most awaited and incredible victories of the season with both the riders finishing in the top spot. The team was rejuvenated as they registered their best performance in the 125cc category. It was on Sunday in the Dutch TT that both the riders from the Indian team have outperformed. Though quantum may surprise you but this happens to be the best race for team Mahindra with Marcel Schrotter finishing 9th and Danny Webb managed to grab a 13th place. 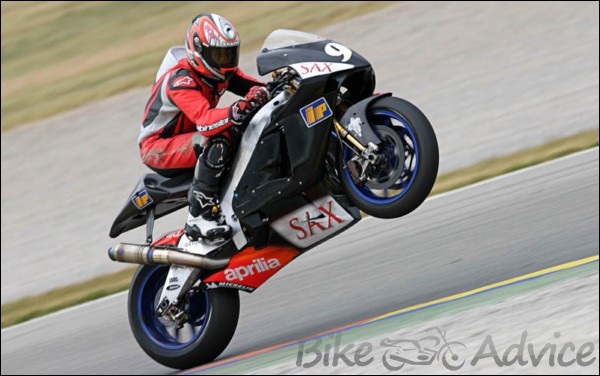 What was disappointing for Mahindra despite a wonderful race was the rainy weather. Every now and then the track was getting poured and finally the race was called off at the end of just 14 laps. Marcel was in a good shape during the day as he was managing to move further in the race until it was called off and the results were taken from the 14th lap. Had the race been a lap longer, Mahindra’s results would have been even better.

This happens to be the first time Mahindra’s riders have actually finished gaining points in a race in the 125cc category. Speaking on the achievement from the Mumbai headquarters team’s principal said that the team is very delighted as they broke into top 10 in just their 6th race. He further added that both the riders made it in points and that makes this race really special. He said that Mahindra have been looking to improve their bike over a couple of months and the effort is not going waste.

All in all it can be stated that team Mahindra has matured over the races and it is a delight to see a team from India cracking into top 10 only after their six races. We expect to see more such performances from the Indian team and thus we wish them all the very best for the near future.