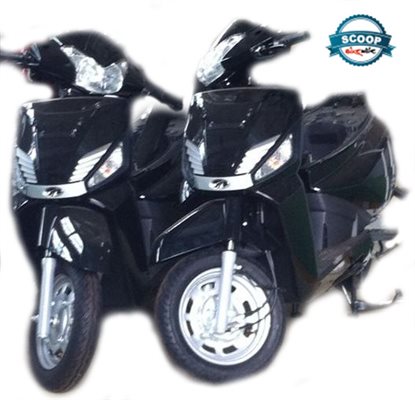 Mahindra’s upcoming 110cc scooter, which we have so far referred to as the G101 (codename), is most probably going to be called as ZESTO. While the front section of the scooter was spied a few days back, now thanks to Bikewale.com we have the uncamouflaged spy shots of the complete scooter.

The silver inserts for the dummy gill slit air dams fail to look impressive but they do break the monotonousness of the front apron. Yes, it still has the hints of the long dead Kinetic Blaze though it seems to miss out the flair which the Blaze had, nor the physical presence, which is obvious considering that this is a smaller scooter. 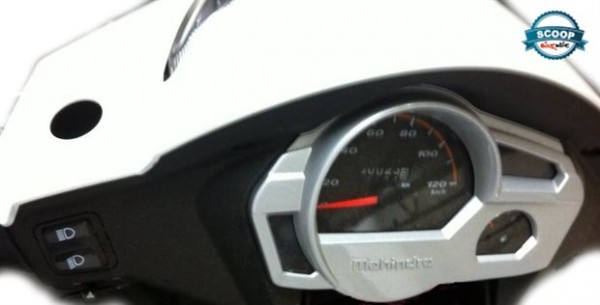 The instrumentation cluster has an analogue speedo and fuel gauge and the entire unit, again with silver inserts looks a little overdone! The high-low beam toggle switch on the left has been positioned to make it accessible easily. When we move further, to access the under seat storage, you will not get the option of front opening mechanism but it is at the more conventional side keyhole position. 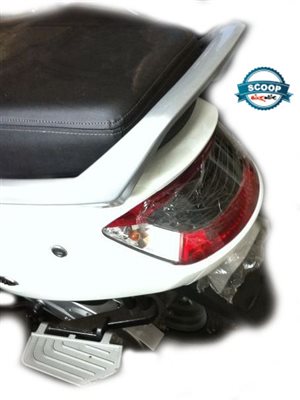 The seat and in fact the overall scooter looks wide and the broad front foot platform area will increase its practicality. The grab rail is again conventionally shaped but the tail lamp assembly is interestingly new. We had already spied the scooter uncamouflaged in Pune a few days back but did not have good quality spyshots to share with you its design. One of the pic is attached at the end of this article. 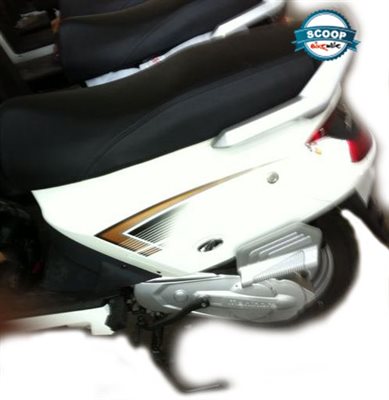 But, having seen it in person (but in dark), let us tell you the scoot does look ‘big’ and impressive and if Mahindra can offer the overall product at a bang, we are up for some definite stir in the 110cc scooter market. 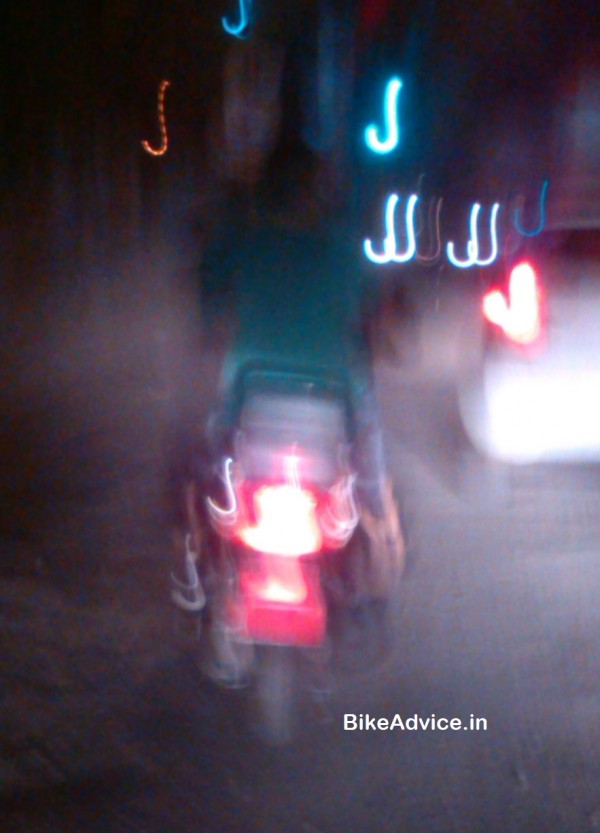 The engine details are still not very clear, though instead of an all-new engine, retuning Centuro’s 110cc engine for an automatic (CVT) transmission seems to be the more logical step. Launch of Mahindra’s Zesto is very soon and at expected segment least prices!