Mahindra & Mahindra’s two wheeler arm – Mahindra 2 Wheelers is trying to mark its foothold very strongly in the Indian market where the growth of the number of two – wheelers is on a growing rise as time keeps passing. 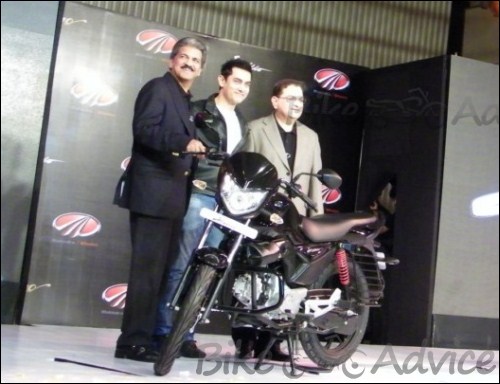 Mahindra & Mahindra said that it will leverage its marketing network for four – wheelers and farm equipment to export motorcycles from India in the near future.Mahindra 2 Wheelers expects to re – launch its 110 cc motorcycle,  Stallio in the next few months after sorting out the initial technical problems which the bike faced, off late.“We have prepared a blue-print for exports of motorcycles from India. We will start it as soon as we launch the Stallio in the domestic market. We will be leveraging on the global network of Mahindra’s four-wheeler and farm equipment sectors,” Mahindra 2 Wheelers’ President Mr. Anoop Mathur told the PTI in a recent interview.

The company is also aiming a few foreign markets to grow up in a sustained manner. Asked what markets the company is looking at, he said it will target Latin America, Africa and Central Asia.

“We will target those markets where the Indian OEMs are currently exporting,” he added.

On whether the company’s blue-print for exports included setting up of assembly plants overseas, he said, “It will depend on the market. If directly selling CBUs does not make sense, then we are open to setting up of plants.”

The company displayed the new Stallio motorcycle at the 11th Auto Expo in its stall, almost a year after an earlier variant of the model which was discontinued due to faulty auto parts and some technical issues as well.

Commenting on this, Mahindra & Mahindra Vice Chairman and MD Mr Anand Mahindra said: “We have got feedback from customers about the Stallio. We will incorporate all the feedback and lessons in the new Stallio.”

The Stallio was launched for the Indian market in the year 2010 with ‘Aamir Khan’ as the brand ambassador for this particular bike. Customers faced some problems pertaining to the suspension og the Stallio, owing to which the production of the model was temporarily halted.

The company had admitted that certain parts of the bike required fine-tuning and adjustment was necessary with respect to a small proportion of the entire product.

Mahindra Two-Wheelers also launched a new version of its Duro scooter, by the name Duro DZ for the Indian market.