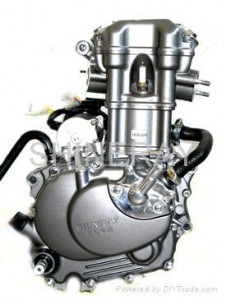 As engine generates mechanical power and waste heat energy at the same time, they need cooling to prevent them from over heating and break down. There are two types of engines i.e. air cooled and liquid cooled engines. Liquid cooled engines use a mixture of water and other chemicals like anti freeze and rust inhibitors.