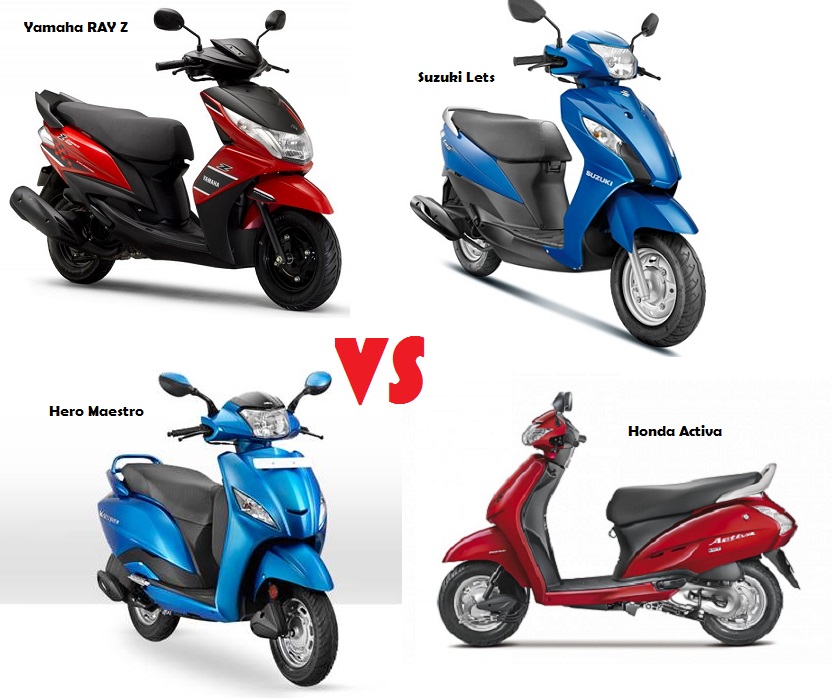 The 110cc automatic scooter segment has been ruled by the Honda Activa since times immemorial. Interestingly, it is one of the largest selling two-wheelers in India, outclassing Splendors on a few arbitrary months. 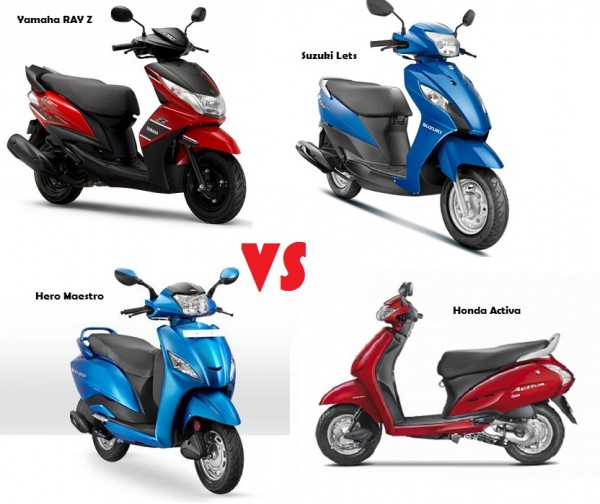 The competition has tried hard to dethrone it but so far no one has been able to succeed because of the undying love and faith Indians have in this Honda’s product. However, competition is probably at its toughest with the oncoming of Suzuki’s Lets.

Let us compare the new 110cc scooter offering from Suzuki against its rivals.

Lets vs Ray vs Activa 110 vs Wego vs Maestro:

It is after you take a look at the specs, the true potential of Lets gets clearer. It is the most powerful scooter in this comparo outclassing the Activa and others. It is also second in terms of maximum torque just a whisker under Maestro. What this should mean is a relatively easier power delivery and more load pulling capability. 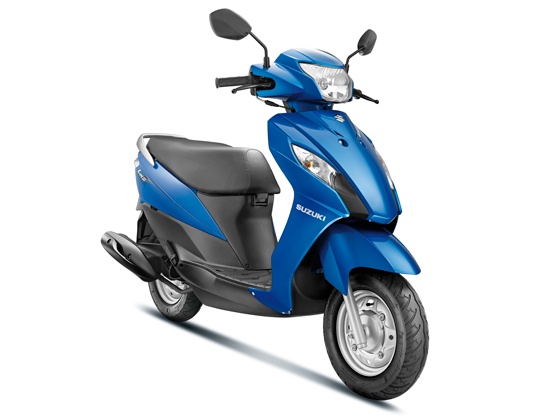 In comparison, Ray is the least powerful of the lot and all the remaining lie in between. Lets also has the highest ground clearance ensuring your scooter would be the last to kiss those monstrous potholes or speed breakers. On the official claimed fuel efficiency figures, Let’s is slightly better at 63kmpl.

Almost all the scooters here have a similar saddle height but another bit where Lets stands out is its impeccably low weight. At 98kgs, Lets is among the lightest scooters around. What this means is that the fairer sex will be able to handle it fairly easily on all kind of traffic conditions. Wego, with its 12 inch front tyre is the standalone such product, rest all scoots come with regular 10 inch rubber.

This Suzuki commands a minor premium over all the other scooters for whatever extra it provides. Lets is the costliest scooter in this comparo, whereas Yamaha Ray is the cheapest (not the Ray Z which is pictured here). So, which one of these scooters will you pick?