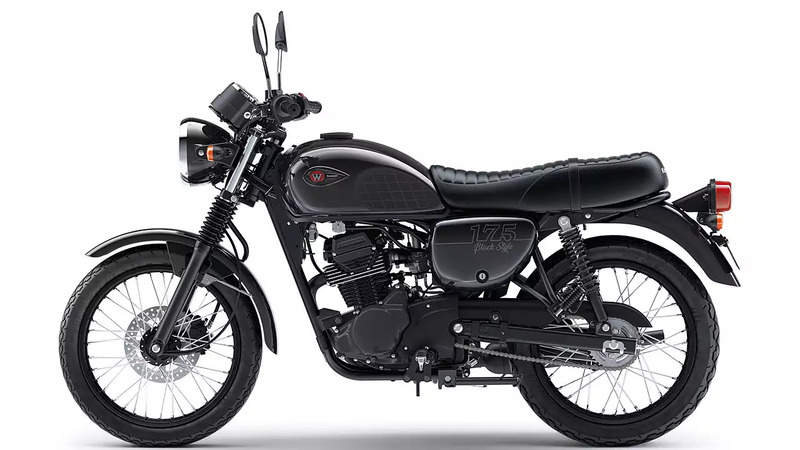 So, Kawasaki India is planning to launch their challenger in the small displacement retro segment of our country, which, recently saw 2 new additions from big names – TVS Ronin & Royal Enfield Hunter 350.

Kawasaki India is looking to launch their own challenger in this said segment, and ambitiously will be launching their most affordable model. The new W175 is scheduled to launch on September 25 at 4 PM.

According to the leaked information, Kawasaki India will be launching the new W800 in 2 variants – Standard & Special Edition.

The major difference between the two variants appears to be just paint schemes. The standard model will come donning an Ebony colour scheme, while the Special Edition will be covered in a bold Candy Persimmon Red colour.

Though there is still a day left before the launch the most affordable model of Kawasaki will be introduced in India, yem, some hardware details have already leaked of the upcoming W175.

It will be utilising a BS-VI-compliant 177 cc, single-cylinder, air-cooled engine that will produce a modest 12.8 HP at 7,500 RPM and peak torque of 13.2 Nm at 6,000 RPM. It will be built around a Double-Cradle frame and will use telescopic front forks and twin rear springs.

The braking hardware will consist of a single 270 mm petal-type rotor at the front and a 110 mm drum setup at the rear. The feature list, too, will be basic, made up of a halogen-type headlight and an analogue instrument cluster.

It is expected that the bookings of the motorcycle will open on 25th September 2022 and the deliveries will commence soon after.