Did you know that Lamborghini produced motorcycles too? Well, not many, in fact only one, and in very limited quantities. Lamborghini Design 90 was designed in 1984-85, with the help of French leading racing bike constructor – Boxer-bike. 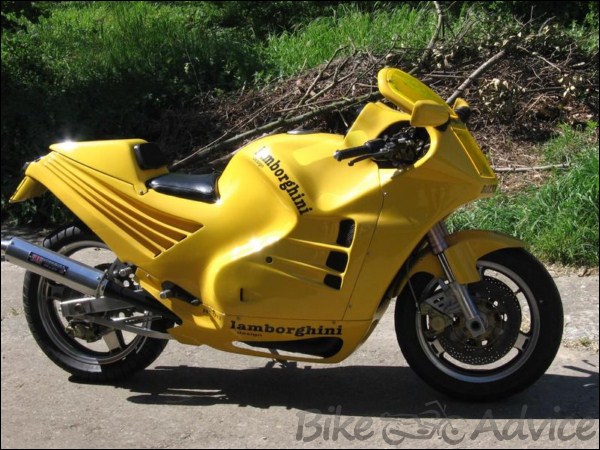 Main engineer for this motorcycle was Claude Fior, very famous for his unique, high-performance racing bikes. Boxer Bike has been creating sophisticated racing motorbikes; they were all hand-built.

For creation of their high-tech bikes, aerospace technology was used, which allowed to create ultra lightweight frames and highest performance possible for a 2-wheel vehicle.

Finally, in 1986 the Lamborghini Design 90 was introduced to the public. The price of this bike was ridiculous; it was at least twice more then any of the most famous, fastest motorcycles at that period. In addition Design 90 was extremely limited series – only 5-6 bikes were made.

But the price was there for a reason, Lamborghini Design had 1000cc 4 valve per cylinder straight-4 Kawasaki engine. It had almost 130bhp (~97kW), and weight of the bike was around 170kg! This extreme technology feat allowed to accelerate unbelievably fast, and to reach maximum speed of 250km/h! 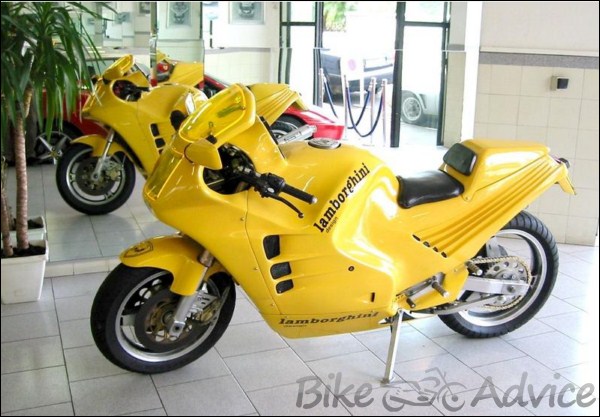 All elements of the motorcycle were absolutely high-tech and made for highest performance possible. Brembo Gold-Series brakes were one good example – stopping power was immense. Another interesting thing is Fournalès “air-oil” rear suspension. 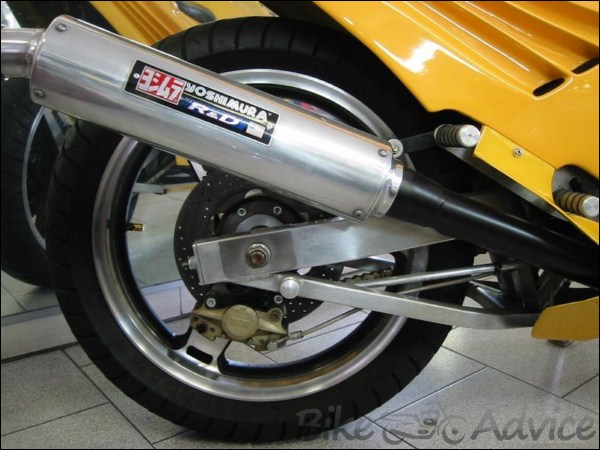 It was amazing concept for a suspension, which used compressed air as a spring, and thick special oil as a damping system. Oil was flowing through many calibrated holes inside the alloy tubes. Aside of that suspension angles (front and rear) were adjustable, and that was very unusual for a stock road bike. 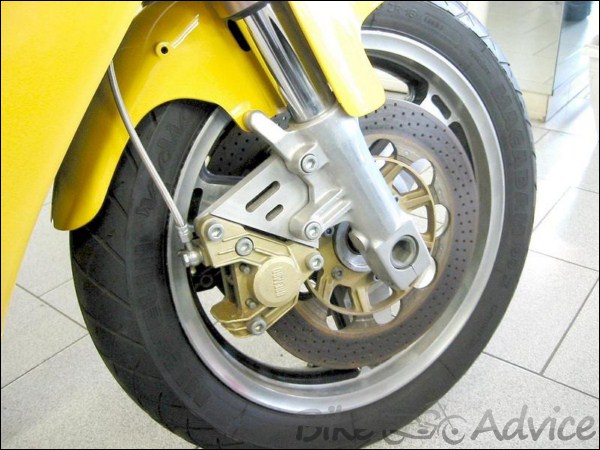 Design of the motorcycle was based on the very successful Lamborghini car model – 25th Anniversary Lamborghini Countach. And I must say design is pretty striking; body is quite angular, and there are a lot of aerodynamic lines in various shapes, which give the bike quite “extreme” looks. Some shapes are really similar to Countach style. 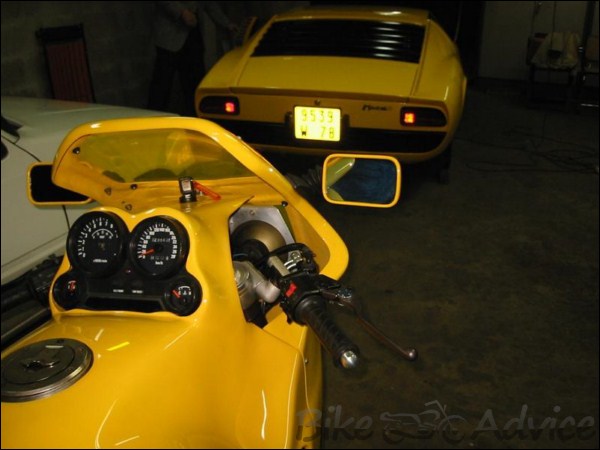 Design is very advanced, even the driver’s seat is quite unusual, it has the back panel cover, which can be removed and additional space for a passenger will appear. Also seat is made from real leather, which is rare for the motorcycles. 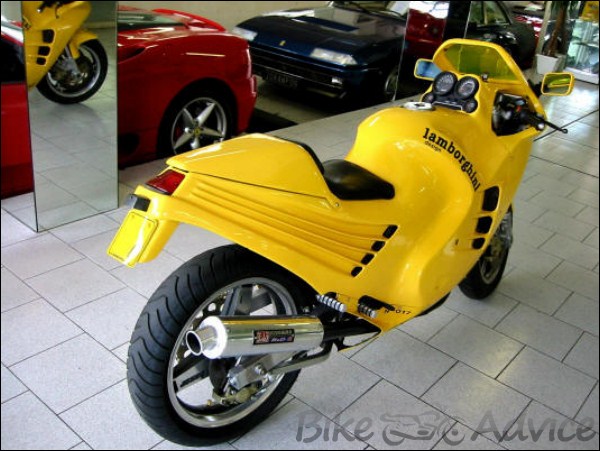 Even with groundbreaking technology and sophisticated futuristic design Lamborghini bike wasn’t successful. First of all price was too high. Also Design 90 was too rare (5-6 are made), and some people thought that design of the bike was hideous.

However it is possible to buy one for yourself, it you have the money. Some person (professional racing mechanic) is selling it, and claim it is in top condition (both cosmetically and technically). It was merely used – no more than 24.000 kilometers. The price is around $50,000 – $60,000.