A few days back KTM has unveiled its all new electric scooter concept at the Tokyo motor show in Japan under the ambitious name of E-Speed. By this move the Austrian brand is all set to mark their territory in a completely new Electric auto-mobile segment. 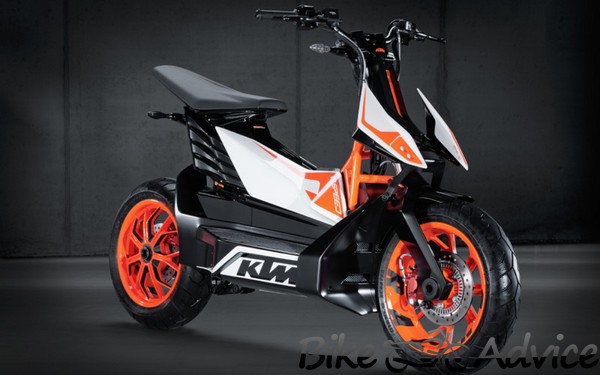 The E-SPEED as a concept weights 140kg and has a top speed of 50mph and can withstand a 40 mile range on a full charge cycle that just takes two hours from a normal household power socket.

During the unveiling KTM boss Stefan Pierer said, “We at KTM are completely convinced of electric mobility as a perfect complement to conventional power trains. In the long term the Electric drive will come on top for shorter distances, particularly in areas which are highly sensitive from an environmental perspective, like open nature and densely populated metropolitan areas”. 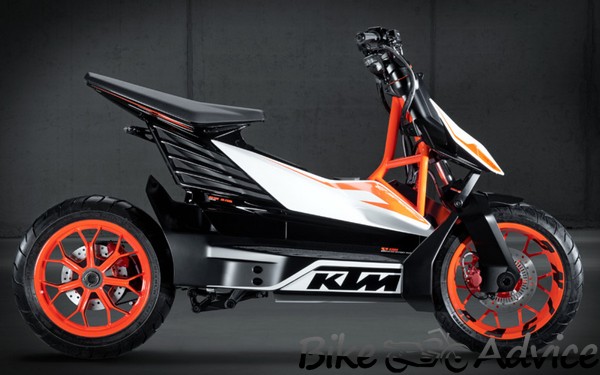 With KTM’s Freeride-E, an Electric Motocross bike with permanent magnet synchronous motor that churns out a maximum of 30 hp at 6000 rpm, the E-SPEED will join the clad soon. This E-SPEED is powered by a liquid cooled, permanent magnet synchronous motor which can churn out 36Nm of maximum torque and a permanent power of 11KW to drive the belt driven rear wheel. This scooter gets its electricity through 4.36 kWh lithium-ion batteries which can go fully charged in a matter of only 2 hours through a regular 220V electric socket.

KTM also claims with the powerful acceleration the electric motors are capable of and with its low weight of 140kg, the E-SPEED can be flicked through urban traffic with great stability and agility with an advantage of running silent and completely free from emissions.

The E-Speed has been developed by KTM’s truly Gerald Kiska and it reflects in the sharp lines and overall design of the scoot.

Well, the pictures scream KTM in and out with razor sharp edges, funky orange wheels and a next generation styling. With these juicy figures and a stunning design, hoping to see E-SPEED concept in production along with Freeride-E soon.