KTM which has recently launched Duke 200 in the Indian two wheeler market has reported sales growth of 22.4% in the year 2011 compared to the year 2010. The company has sold total 81,200 units in 2011 globally compared to 66,237 units sold in 2010 globally. KTM achieves this high growth despite the challenging environment in Europe and USA market where sales is down by 5%. The company is able to increase its market share from 4.9% to 6.3% in the year 2011 in European market which is extremely encouraging. 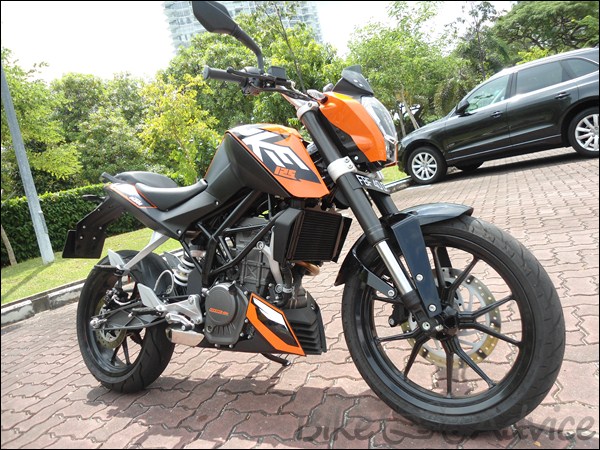 Declaring results for 2011, Stefan Pierer, Chairman of the Executive Board of KTM Power Sports AG said, “The successful launch of the 125 Duke and the new Enduro Competition generation were crucial for these increases. KTM’s market share in Europe increased by 30% from 4.9% to 6.3% compared to previous year. Hence, KTM is the most successful brand and outpaced its competitors clearly.”

However, KTM is still worried about the 2012 year outlook as the sales forecast for European and American market is not encouraging and expected to fall in 2012. To offset this condition KTM has implemented a global product strategy for the year 2012. They are going to launch Duke series in the various part of the globe in 2012. For example, KTM Duke 200 was launched in India in the month of January. KTM hopes to sell around 20,000 units of Duke 200 during the year 2012. Duke 200 is the first model from KTM which is available globally. KTM hopes to register same amount of volume growth in 2012.