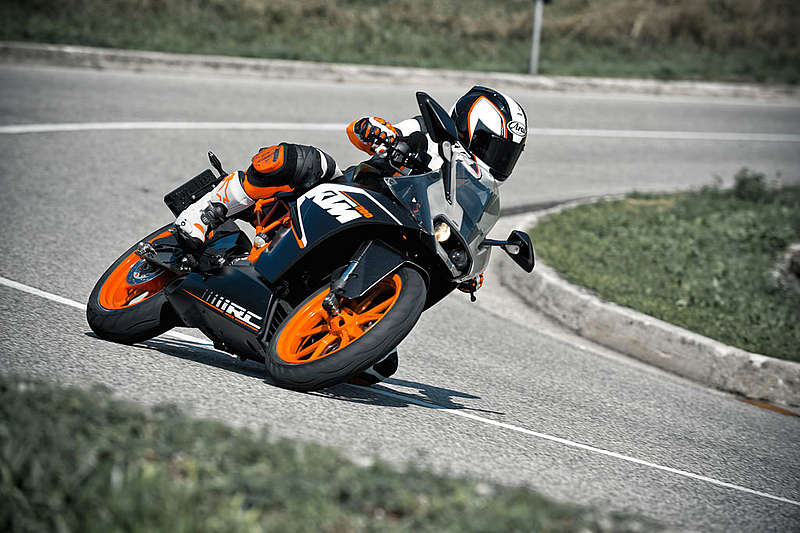 If bikes out of KTM stable were movies, they would have been certified ‘A’, adult-only, by our censor board. Something in me, you see, tells me that they shouldn’t be allowed about kids. Even the new RC 390 which presents itself as civil to some degree manages to scream that the clothes it’s wearing are borrowed. 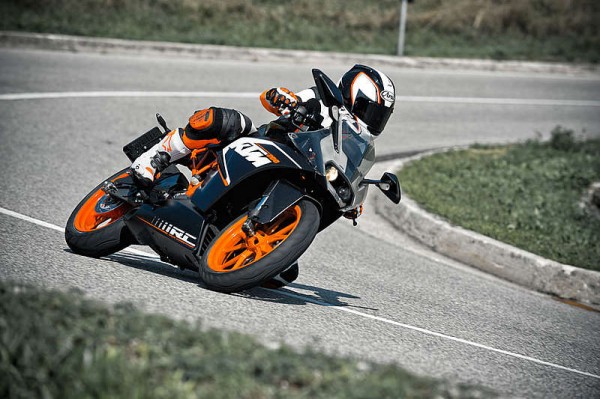 So, if you are planning to woo a “homely” girl astride one of these, beware. You won’t get her on one of these. Others, join the party! Or wait eternally for a decent 250cc from Yamaha and/or Suzuki and grow older whining.

At the EICMA show in Milan, KTM has showcased a bevy of new developments including the much awaited clothed (umm?) RC 125, RC 200 and Rc 390. All three bikes have single cylinder 4-strokers and develop 15hp (125), 25hp (200), and 43hp (390). These bikes, veritably, are affordable production version of the Moto3 world championship bike and you can be assured that they perform and that they will draw attention, and a lot of it. 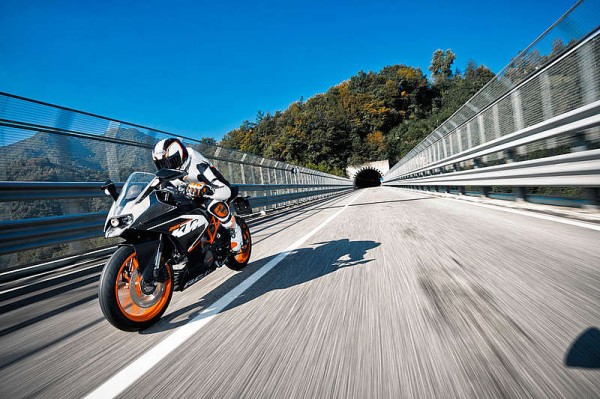 So, when can you have one of those in India? By early 2014 is what Bajaj (officially) has promised us.

Taking pure mechanical ruffianism to another insane level, KTM is also showcasing the 1290 Super Duke R. The 2-cylinder 4 stroke engine of this Super Duke unleashes 177hp in all and would easily be blamed for triggering breach of peace in more subtle societies. It simply looks immoral. Downright scandalous.

For those who have a bit of Dakar in their heart, KTM has exhibited the 1190 Adventure and 1190 Adventure R in the show. These bikes are equipped with antilock system, traction control and tire pressure monitoring system. We have exclusive spyshots of mysterious KTM Adventure motorcycles from India, however, we are as clueless as you guys are about the possibilities.

But you can bet that at least two of the three smaller RCs will be available in your local showroom very soon. And they would be better advised to do so sooner before Yamaha and Suzuki wake out of their unaccountable slumber. 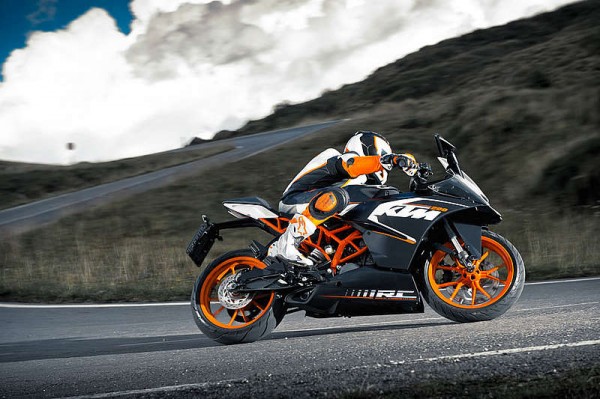 In another update, KTM has also updated its official site with the details of this RC trio. Its still mentioned, however – Not available in India…