Two of the most aggressive brands in India, Bajaj and KTM are doing it for our Indian bikers what majority of other manufacturers have just failed to do – spread the culture of sports biking in the country! 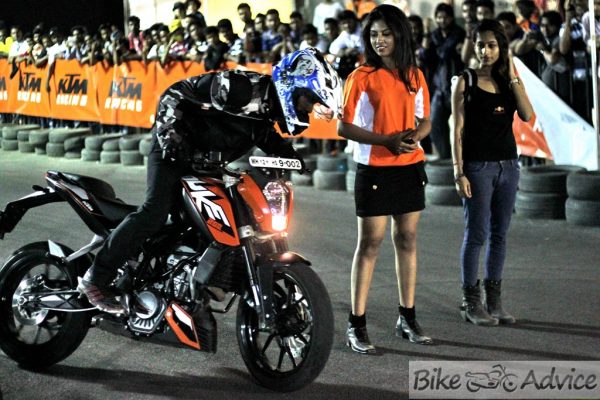 We attended the latest incarnation of KTM Orange Day V3.0 in Pune on May 4th Saturday and what we saw was nothing short of a budding country and its countrymen buzzing to get into the sports biking arena which is more rampant in the more blessed motorcycling nations.

Qualifying Race: All the registered Duke 200 racers battled it out in the qualifying rounds against each other and the winners from each group moved onto the final race. Rest of them were eliminated.

Yamaha R15 & CBR250R Races: For the first time, enthusiastic racers owning non KTM bikes like Yamaha R15 and Honda CBR250R were called for a race each in their respective categories. Winners of both these races went onto the final race competing against the winners of KTM Duke 200s 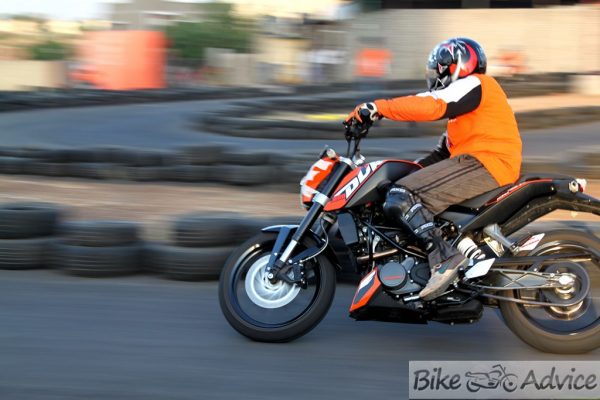 Final Duke 200 Race: Final 5 racers winning their qualifying rounds fought it out in the ultimate race which had 8 laps of the Downtown Racing track. It was a relatively closely fought battle but Rohan Naliwadekar proved too tough for others to beat. 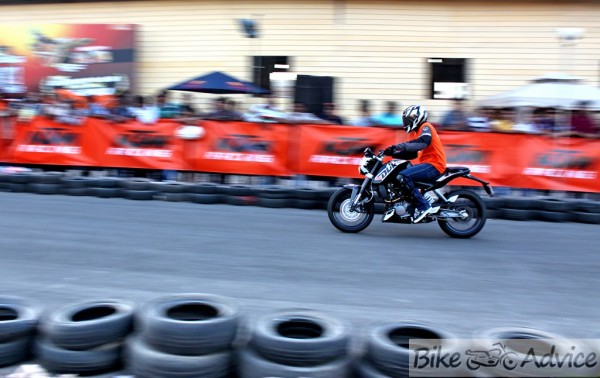 These racers were followed by the prize distribution ceremony along with a short stunt show by professional riders on KTM Duke 200s.

We will let the pictures do the talking, Enjoy!