Greetings! The most awaited news of the year is finally here as Bajaj has announced that the most awaited KTM Duke would be launched in India by the end of this year. KTM Duke is probably has been most talked and speculated street fighter bikes this year. Since this KTM Duke concept was showcased to the people in India there have been lots of rumors, speculations, spy shots, articles and news about this bike. Now that Bajaj has officially confirmed the launch of this most fascinating street fighter by this year’s end one can start planning for making this baby theirs. 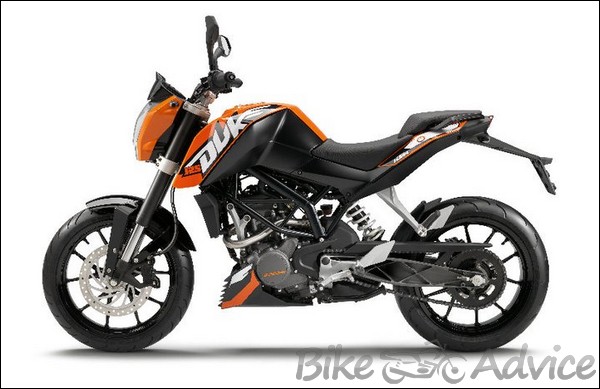 This news came from the most trusted and reputed source i.e. Mr.S. Sridhar, Bajaj Auto India’s president of motorcycles division. Mr.Sridhar in his statement quoted that KTM Duke will be launched in India by the end of this year i.e. 2011. Mr. Sridhar was talking about KTM and the goals of Bajaj-KTM for this fiscal.

He said that both the companies are currently working on developing high end technology for this bike and will launch this bike by the end of this year i.e. 2011. He also said that Bajaj is currently topping the charts as regards market share of motorcycle segment with as much as 27%, all thanks to Pulsar. He also said that Bajaj is looking to increase their market share by 3 to 4% by the end of this fiscal.

Overall Mr.Sridhar made it clear that Bajaj will be launching Duke soon but the thing he did not disclose is the model that will be launched in India. However the most likely model of KTM Duke that would be launched is the KTM Duke 200. Earlier it was speculated that Duke 125 would be launched but later on it was made clear that Duke 200 is on the cards and not Duke 125. One more thing that may have worked in the favor of Duke 200 is people and young generation mostly preferring motorcycles of higher displacement.

News also has it that Bajaj would be producing Duke at their Chakan plant and most parts of the bike would be manufactured locally giving Duke a price competitive advantage over its peers. Bajaj is looking to strengthen their position in the Indian two wheeler market and Duke will give the company a brand strengthening opportunity. As of now we can only hope that KTM Duke will be launched soon in the India market.