We have seen lots of news about Bajaj-KTM Duke 125cc and 200cc. Recently Bajaj-KTM launched 125cc version of Duke in Singapore and Qatar and 200cc version in Malaysia.  Soon we are going to see launch of KTM Duke 200cc in India (Probably by the mid of December).  But, there is unexpected news about 150cc and 250cc version for Indonesia.

According to Budi Dirgantoro, Sale Function Head Bajaj Auto Indonesia, the company will launch Duke in Indonesia 6 months after launch in India. He said that it will be by Late 2011, probably by June-July 2011 and added that the variants are to be 150cc and 250cc. 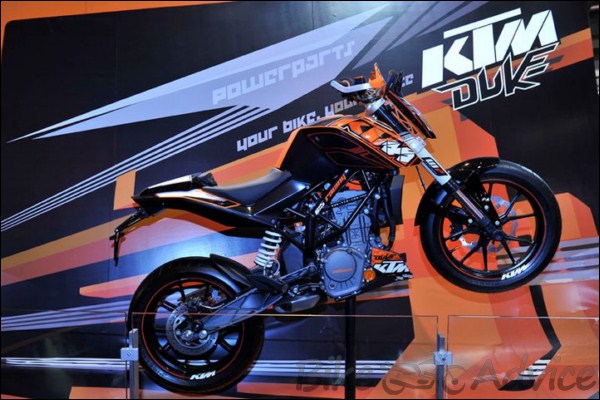 The news is special because it means that Bajaj-KTM has developed many engines for KTM-Duke global bike and each will be launched according to individual country preference like in Europe its 125cc version and in Malaysia its 200cc version. The looks of the bike will remain same but the engine capacity will change as per individual country.

This is the same thing which Bajaj has done with its Pulsar, Discover and now with Boxer brand. Not only Bajaj but Honda has also done the same thing with CBR as it has 125cc, 150cc and 250cc version for the same style with different engine capacity.