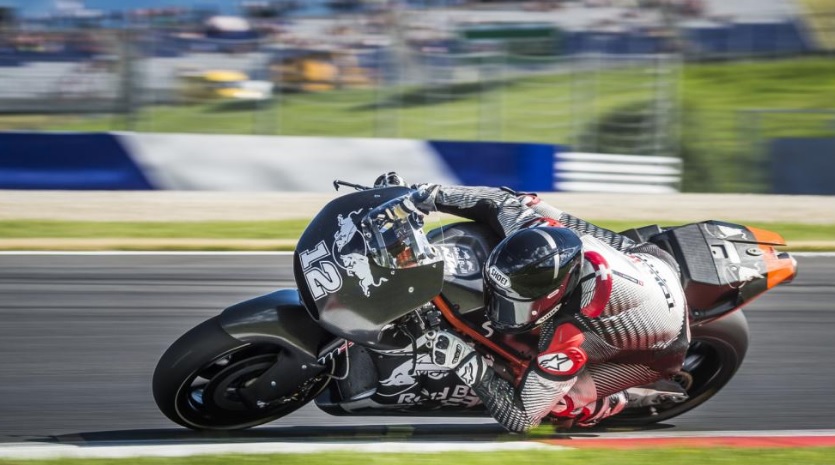 KTM has made a name for itself in the world of off-road championships. However, the brand of late has also earned fame in the closed circuits of Moto3 racing. Adding to this next year will be their entry to the biggest league. Yes, their presence in MotoGP from next year has been confirmed for a long time now but marking their presence in the revered championship will begin this year itself!

Yes, the Austrians will be racing this year! Though only at the last leg in Valencia. KTM has been conducting several independant tests with the RC 16 but saw them fight it out with the present line-up of teams earlier on Tuesday. KTM has already confirmed that both the Tech 3 Yamaha racers, Bradley Smith and Pol Esparago will be racing for them in 2017. Mika Kallio, their permanent test rider, and Thomas Luthi were seen on the bike for this series of testing.

Both the riders were able to get within 2.5 second of the leader of Ducati’s Andrea Iannone who topped the timesheets. Pit Beirer, KTM’s Motorsports Director is very happy with the performance so far. He confirmed about the team’s participation in this year’s race when he said:

“We now have four further tests on the program before we ride with Mika Kallio as a wild card in the final race of the season in Valencia, which for us is also another milestone. He and the entire team have delivered a fantastic job in the past half year, and this has been reflected in the results of this test.” 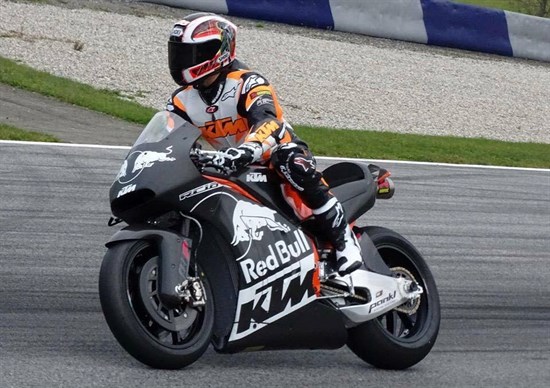 KTM is also expected to make a track only bike for public, based on the RC 16, their MotoGP challenger for next year.