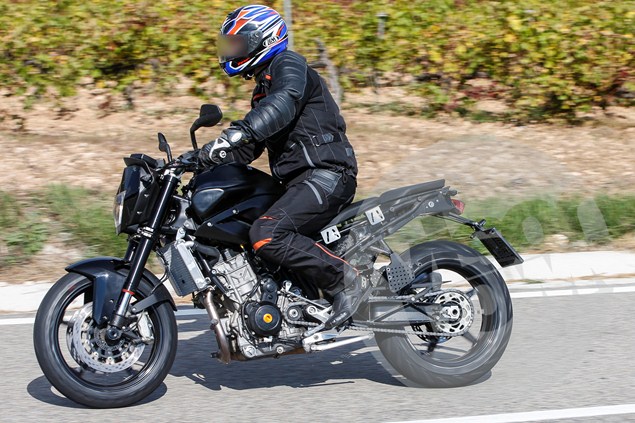 The gap between KTM’s flagship Super Duke and the next naked Duke 690 is massive! To plug this space the Austrians seem to be working on a near 800 cc bike which will sport a two cylinder engine (instead of 690’s single). A spy shot of this upcoming bike appeared for the first time at VisorDown which gets a parallel twin layout! Yes, on careful observation you can see a second exhaust pipe exiting the engine.

Expected to be launched next year under the moniker ‘Duke 890″, the naked mid-sizer sports Duke 690 inspired looks and continues with steel trellis frame. It gets a double sided swing arm like the other smaller Dukes. Just to let you know the difference – the bigger (Super) Duke 1290 sports a single sided swingarm and gets a V-twin engine layout.

Visordown has also posted a spyshot of a 1190 Adventure mule sporting quite a few cosmetic changes. It gets an adjustable front visor screen, possibly a new headlamp layout and small air vents under the front indicators. 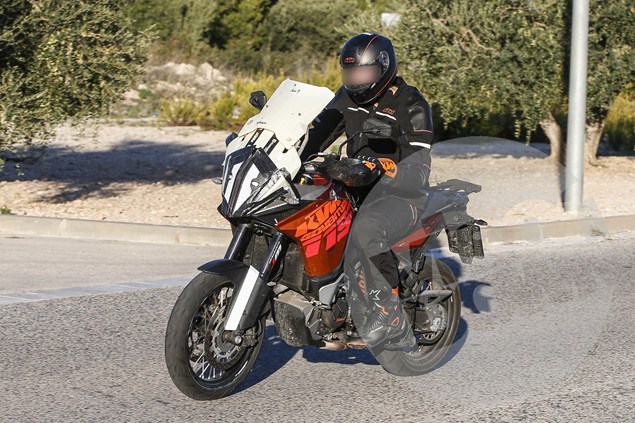 Apart from this KTM is also reading all-new versions of their Duke & RC 200 & 390 which are expected to be launched next year.