Don’t get your hopes high, 790 Duke launch in India NOT planned…

Remember the Scalpel of the EICMA 2016 which was too aggressive, in a positive sense! After a year, KTM has showcased its production version which, we all know, will be called as 790 Duke and will sit over the single cylinder 690 Duke. This also marks the debut KTM’s future mid-capacity twin-cylinder motorcycles and it becomes the smallest Duke to get a twin-motor.

790 Duke is powered by an all new 799 cc parallel twin cylinder DOHC 8 valve engine which churns out 105 PS of peak power at 9000 rpm and 86 Nm of max torque at 8000 rpm. This motor rests on a new Steel Trellis frame and gets two balancer shafts and is coupled to a 6-speed gearbox. At only 169 kg (dry, 174 kg kerb), the new naked is expected to be exhilarating to ride. 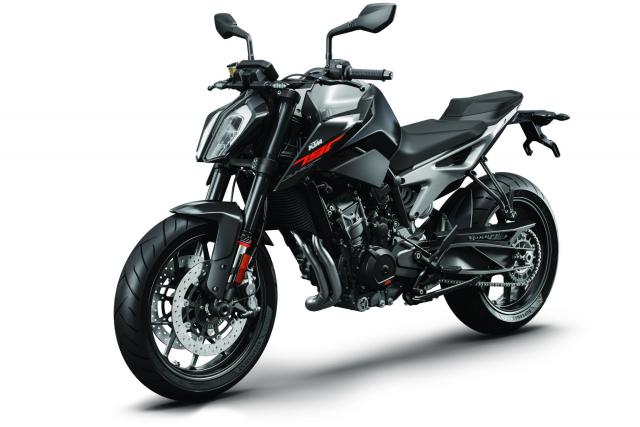 Front suspension duties are performed by 43 mm WP inverted forks and a gas-assisted monoshock at the rear. Twin 300 mm rotors and 4-pot radial calipers perform the braking duties at the front, further assisted by a single 240 mm disc with 2-piston caliper. The ground clearance is a healthy 186 mm, however, at 825 mm the seat is high.

KTM has cleared that the 390s will continue to be the flagships in India. Along with company-branded motorcycles, the same platform will spawn motorcycles from Bajaj (like the Dominar) and Husqvarna. Only once they are sure that the market has evolved (for volumes of local development) and they are capable enough to manufacture and service the bigger motorcycles they will consider bringing them here. 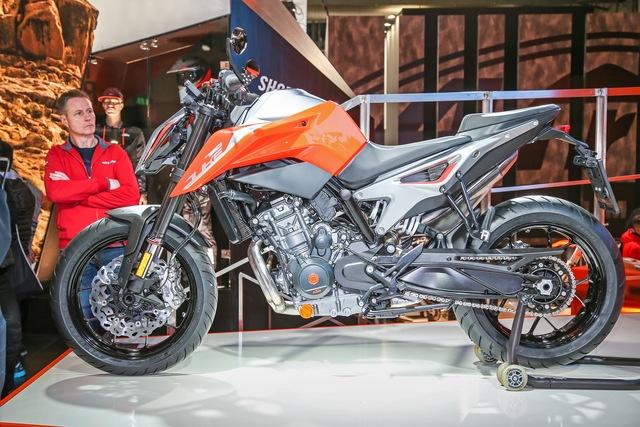 In simple terms, 790 Duke India launch is not planned for now and we do not see it coming to our shores in the coming 2-3 years either. However, it is going to Europe early next year. 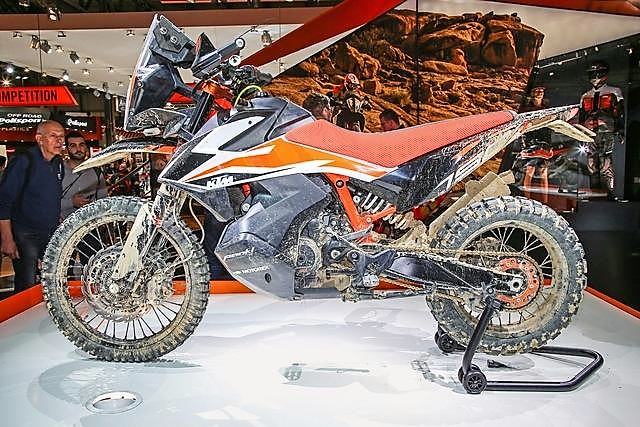 KTM also took EICMA 2017 as an opportunity to showcase their next motorcycle on the 790 platform – 790 Adventure R. The Adventure is an Enduro motorcycle – KTM’s stronghold and is unveiled as a prototype. 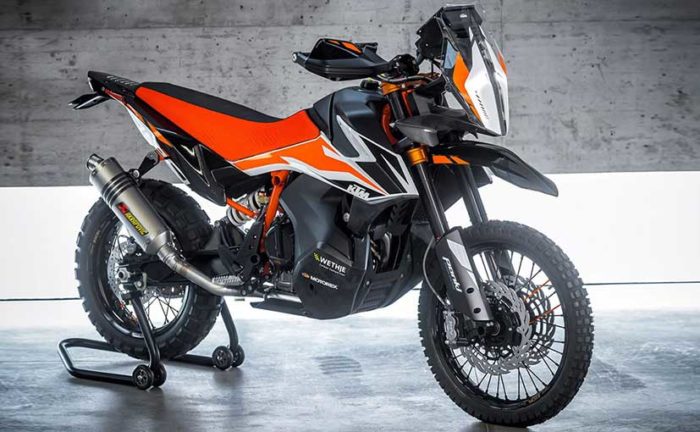 Expect it to go to production sometime next year.