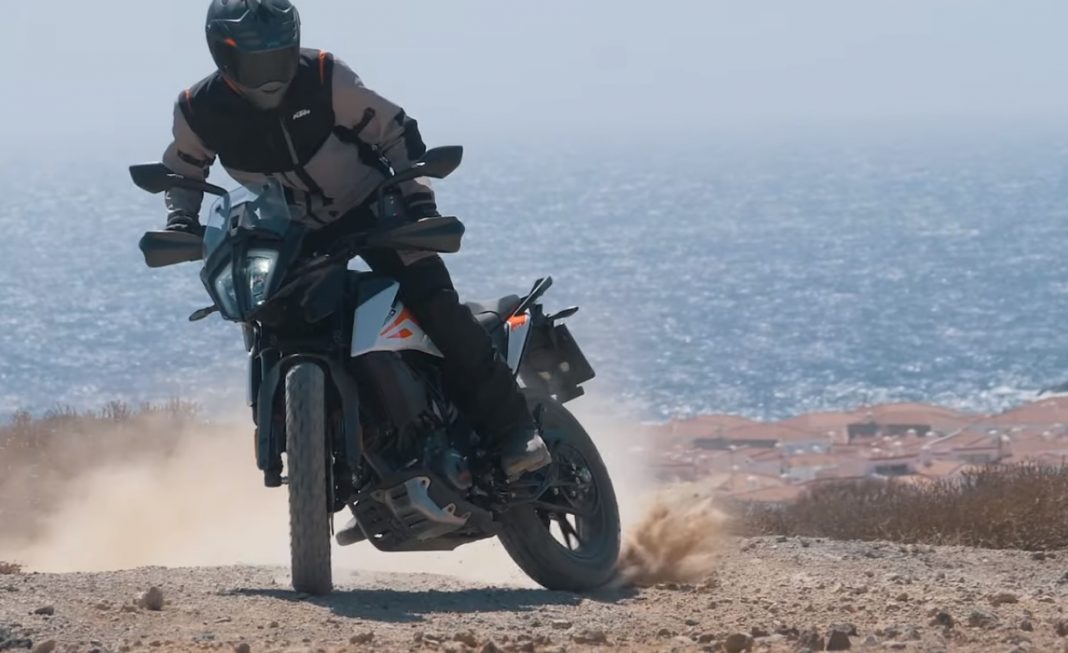 This promotional 390 Adventure video focuses on highlighting the off-road prowess of the motorcycle. It tries to showcase the on-road and off-road potential of the bike…

After a long wait, India (and the world) got the 390 Adventure – KTM’s smallest Adventure motorcycle so far (the 250 Adventure has not been launched yet). Deliveries in India have already commenced and to push the motorcycle, KTM has released a new promo video.

In this one minute long clip, the motorcycle is shown being at home in both long distance concrete roads as well as broken trails. Both the colors of the motorcycle are shown in this footage and clearly the focus has been on showcasing the off-road capability of the mid-size ADV. Check it out for yourself…

KTM is promoting the baby ADV with the hashtag #AdventureMore to appeal to all the adventure lovers out there.

Released just yesterday, the video has been watched close to 9000 times and there are already demands of an ‘R’ version of the motorcycle in the comments section. Basically, a 390 Adventure R would be a more dedicated off-road motorcycle with better traits, including spoke wheels, if KTM ever makes one!