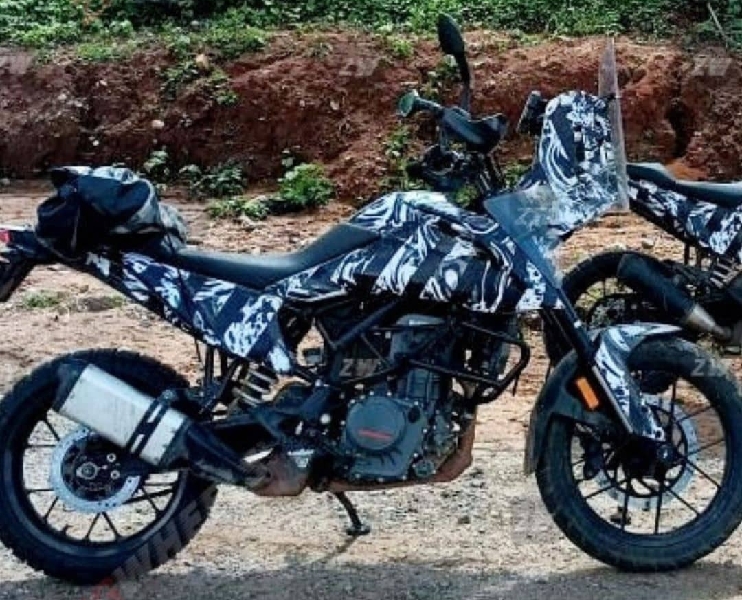 The 390 Adventure Rally would be the more off-road biased motorcycle on this platform. A very interesting development this!

When it comes to rally, KTM is synonymous with words like conqueror, undefeated, dominant, unrelenting among many. These words come into our minds because KTM has been kings of Dakar Rally (the most gruesome rally event in the world) by winning 18 titles from 2001 to 2019. It is a testament to the machines they have built to conquer the most difficult Dakar Rally for 18 years. This legacy has inspired a special edition of off-road bikes that proudly carry the ‘Rally’ moniker to give enthusiasts a taste of their tenacious beasts.

KTM in 2019 launched the Rally version of 790 Adventure R in the European and American markets, and today we have the first glimpse of two ADV test-mules being tested on our soil. A popular belief is that these could be the Rally versions of the popular 390 Adventure.

From the images we can see that the major change is the Dakar Rally inspired front section. The whole front set-up is raised with long-travel suspension and high-mounted TFT instrument console with tall rally-style windscreen. This will enable better control and balance for the rider to tackle the rough terrain standing up or sitting down.

Since the bike will be more off-road oriented than the KTM 390 Adventure, it appears to be running on knobby tires to better tackle the challenges the wilderness will throw at it. One of the test-mules seems to be carrying a visually different round blacked-out exhaust.

Additionally, we are expecting a different, more-rally inspired color scheme to better match its Rally pedigree. Let us also expect the presently-used 373 cc single-cylinder motor (putting out 43 BHP of power and 37 Nm of torque) to come with a different tuning to improve the capabilities of the bike by adding more bottom-grunt which the 390 Adventure lacks.

This bike is expected to carry the KTM staple trellis frame, however, it will get revised WP Apex suspension set-up to better match the characteristics of the bike. It might get a bigger (maybe 20”) front tyre and a 17” rear tyre as standard. The bike will definitely come with at a premium – making it the costliest 390 in the market. However, its launch plans can not be predicted at this point…