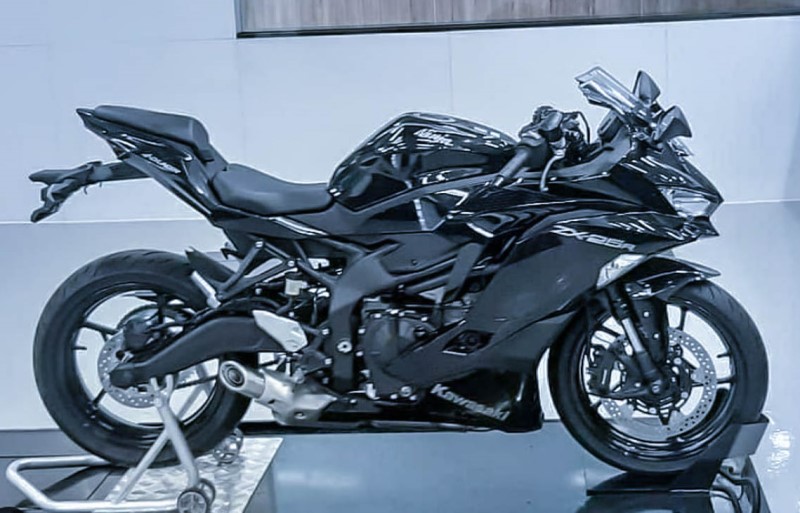 Kawasaki’s ZX-25R is the hottest talk of the town. It is for the very simple (but big) reason that it sports a four cylinder quarter liter engine. No other maker makes one at the moment and there have been only a few in the past too. Quite naturally, this calls for a lot of interest!

That the motorcycle is ready and it was to be launched back in April is already known but if you notice we have only seen it in the premium (KRT) green shade apart from the race edition black. In a latest, the baby ZX has been spotted in plain glossy black livery.

This could possibly be the entry level variant in the lineup considering that it doesn’t carry that extra sticker glitz! The motorcycle is also missing frame sliders but they could always be fitted anytime.

Apart from the ‘Ninja’ and ‘ZX-25R’ branding on the tank and fairing respectively, Kawasaki is highlighting the ‘4 cylinder’ configuration of the motorcycle with decals denoting the same on the rear cowls.

New Zealand has already announced the opening of pre-bookings for the ZX-25R but at astronomical prices (details here). Indonesia, which is one of the prime market for the motorcycle is expected to finally get it by next month. What everybody is looking forward to is the price tag that the quarter liter gets…