Kawasaki has unleashed very potent weapon that will hit the masses in the 2011 – ZX-10R. And it’s not just the upgraded version of 10R, it’s virtually new bike with totally new design and counterparts.

New shape and design are totally vicious, in black shades it looks very sinister and aggressive. Japanese engineers claim that this is the most extreme Ninja bike ever created. And it sure looks like it! Previous style was completely changed, and now sharp and edgy surface of the new ZX-10R really stands out in the crowd. 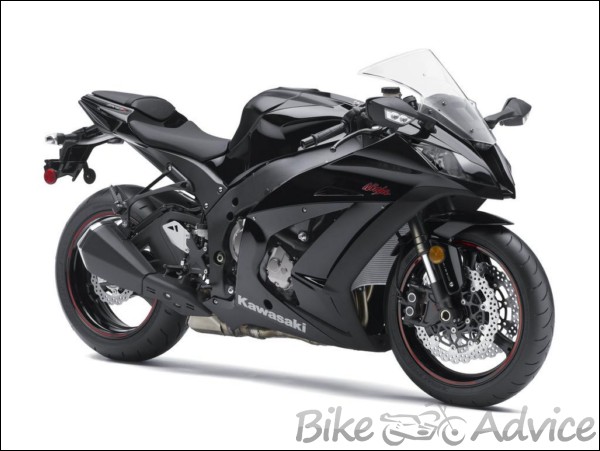 Besides fantastic new looks Kawasaki engineers equipped this bike with a whole lot of modern equipment and systems. One of these features is S-KTRC, (Sport-Kawasaki Traction Control), which came out straight from race-technology. And while on Concours 14 this system allowed feel very safe in any situation, on this bike it allows to shave few seconds from a lap time by greatly improving the grip and control.

To have idea how advanced this system is let me give you an example – it is able to predict traction conditions before the actual slippage, it feels when traction on the wheel start to drop below the optimum level and mildly engages, before the slide happens. So it’s actually working before the problem occurs! It’s a true race level of engineering. 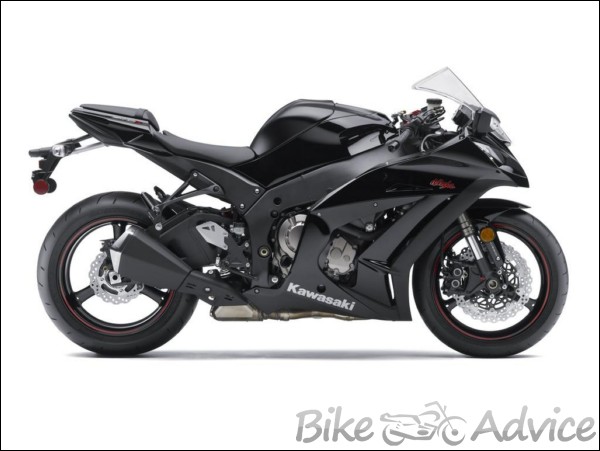 Another worthy innovation is of course the all-new engine. Dyno run revealed that the new 2011 ZX-10R has potential of more than 188 hp! And torque figures are impressive as well – peaked at whopping 112Nm. However, these figures could be slightly different when the bike will come to mass production. Nonetheless, it’s amazing how much power and torque engineers were able to squeeze out of 998cc, Inline-4, DOHC 16-valve water cooled engine. Just compare it to Toyota Prius 1.5-liter, 16-Valve VVT-i 4-Cylinder engine, which produces only 110 hp! Difference is phenomenal. 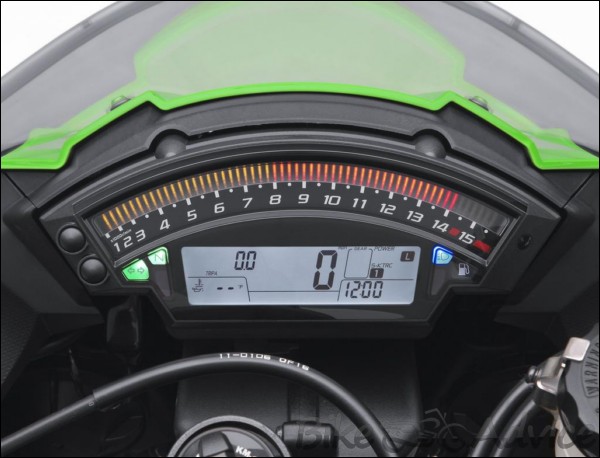 Also this bike is equipped with KIBS (Kawasaki Intelligent anti-lock Brake System) which is the race-version of the ABS. ECU of this system operate 20 times faster than the usual computer on the ABS. Also it is world’s smallest and lightest ABS unit.

Chassis and frame were completely rebuilt as well, and it was for a reason – old version of ZX-10R had quite “clumsy” steering, now it will be a lot better. Built from cast-aluminum pieces, the new frame requires less welding and has higher rigidity with minimal wall thickness. And of course weight has been shaved everywhere, even some parts of ECU and battery were replaced with lighter details. And results are astounding – whopping 22-lb (10kg) weight loss, when compared to older model! Now wet weight of the bike is only 198 kg, which is very impressive for such machine.

New Kawasaki ZX-10R will have tons of other features and brilliant equipment as well. Actually it might be the most important sports bike to be introduced this year. Price of ZX-10R is set to $13,799 in the US.