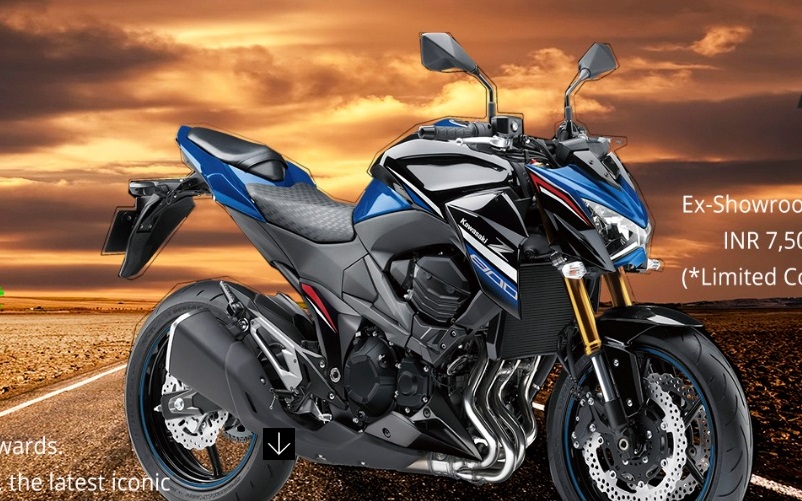 Kawasaki has been a brand which has been around for 12 decades now. Well not as a motorcycle manufacturer but as a part of the Japanese industrial boom. In fact, motorcycles first came into the picture in the 1960s. However, the manufacturer is offering quite a few interesting offers because of this.

First is the interesting discount with Ninja 650, and now with Z800. The four pot naked is now available in a limited edition colour scheme. With new blue red and white decals, this one will make your Z800 stand out of the crowd. The headlamp console and tail section is also in blue. The rims too get blue stickers.

Mechanically the bike remains the same. The in-line four pot 806 cc engine churns out 113 PS of maximum power at 10,200 rpm and 83 Nm of peak torque at 8,000 rpm. That’s a healthy figure for a middleweight. Also, because of the anniversary celebration, the company is offering the limited edition Z800 for a price tag of Rs 7.5 lakhs (ex-showroom, Delhi). That’s the same price tag as the standard edition.

The manufacturer though might soon be phasing out the Z800. At the ongoing Intermot show, the Japanese bike maker gave a preview of their upcoming bike, the Z900. Set to be unveiled at EICMA next month, the bike has been derived from the larger Z1000.