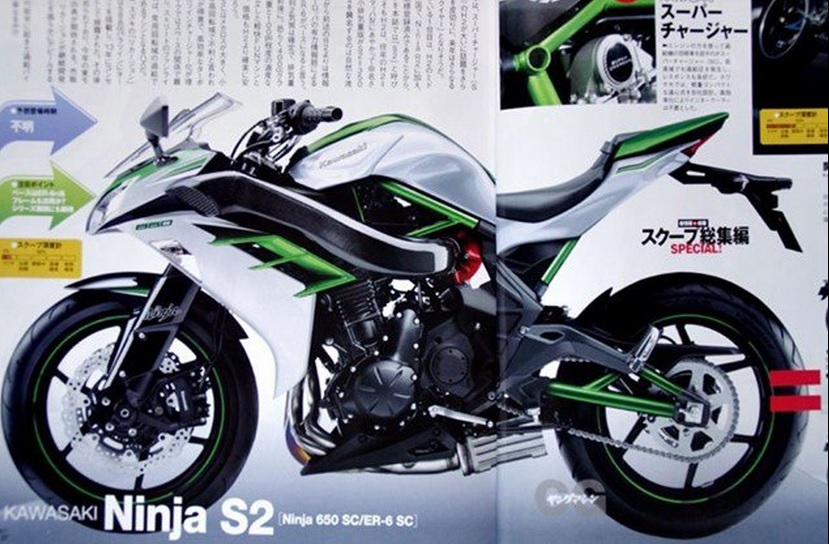 The litre class motorcycle industry was shaken up by a storm last year called as the Ninja H2R! The track-only H2R belted 300 super-powerful horses and the company toned down things a wee bit on the road legal H2. Apart from the killer looks and silver mirror paint scheme the biggest selling point of these two motorcycles was the presence of a super charger. The word on the street is that the development cost, which must have run into billions of dollars, would further assist in making more motorcycles.

The first of these is being touted to be called as the R2. Earlier this year there were words that Kawasaki has patented the name Ninja R2 but it is still not clear if the R2 will get the supercharged engine or not. There is a small possibility after all that the R2 might be a low cost version of the H2 with a naturally aspirated engine to save production costs. 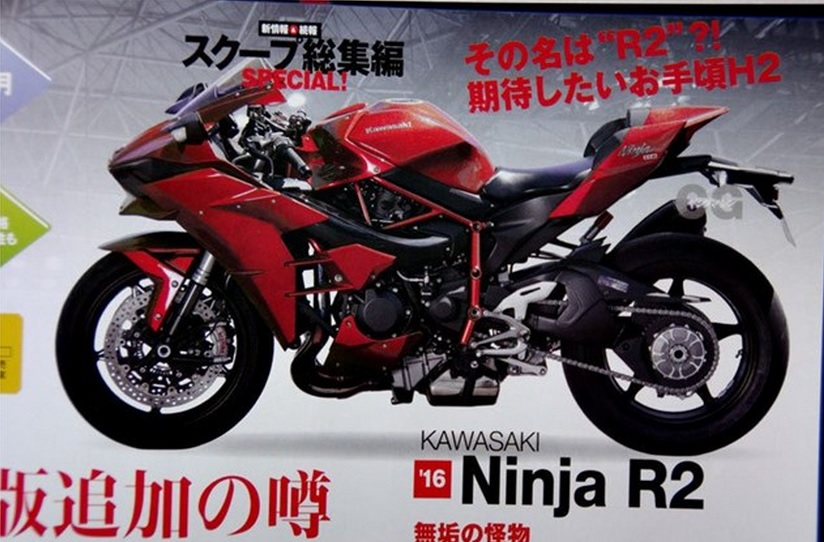 VisorDown has shared a photograph from the Japanese motorcycle magazine Young Machine which showcases a speculative rendering of the R2. The most interesting thing is the fact that there are no visible changes between the H2 and R2 (rendering) apart from the different paint scheme.

The bigger story, however, is this – Another rendering image has been shared which reveals a possibility of S2, a 650 cc supercharged motorcycle! The rumour further intensifies our heart rate with a claim that the bikes, R2 and S2, can be expected to be unveiled at the upcoming Tokyo Motor Show which is set to be held later this month.

Kawasaki, we are game….