After setting up a wholly owned subsidiary in India, Kawasaki has chalked bigger plans and they come as a huge respite for the performance aficionados of the country. After creating a huge stir in the market with the launch of probably the only affordable sportsbike in the country Ninja 250R, Kawasaki has plans to launch the mean machine Ninja 650R. 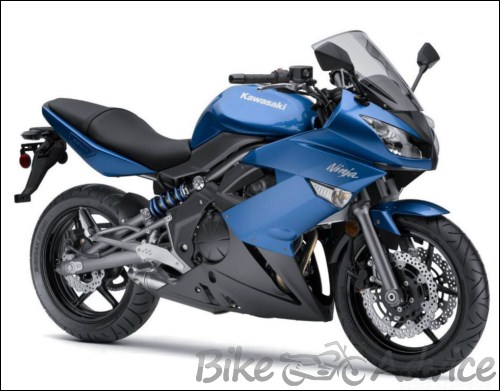 IKM (India Kawasaki Motors) was set up to make it convenient to continue Indian operations and import and sell higher capacity bikes. The 650R is a bigger brother of 250R and boasts off an engine capacity of 649cc which is capable of producing 70 horses. The power output might not be comparable to other 600ccs around but the bike would hold the distinction of first proper sportsbike in India. 70 BHPs are enough to burn any kind of terrain in India with still power left. Crossing 200 kmph in India might not be a very distant dream now. And hold on, we have not even talked about the price! The bike as we expect, would be priced at 5 lakh INR. The bike would be imported from Thailand, where India enjoys trade benefits, as Completely Knocked Down (CKD) units similar to the Ninja 250R.

The company has sold over 500 units of 250R all over the country since its launch in October 2009 with a steep price tag of 3 lakh on road. For the same reason we feel 650R would garner a very good response. Kawasaki sells its bikes through the widespread Probiking service network of Indias second largest manufacturer, Bajaj Auto. Along with this bike many other premium bikes are expected from Kawasaki’s international portfolio for the power hungry souls. Though no official word has been made from either Kawasaki or Bajaj but we expect this bike be out by this year end. So what are you waiting for? Start saving!