Kawasaki Ninja 250R was not a great success in India in terms of sales, but in terms of opening up a whole new segment of bikes which are powerful than the conventional 150cc ones, it really was a massive hit. The CBR250R is could be referred as a follower of this segment-opener. But, why was Ninja not that successful as it was supposed to be? Probably, it was priced above the bar. Secondly, the Bajaj Pro-biking Showrooms did not allow many buyers to test ride it, thereby making people flood in to R15 which, though it is 100cc less than the Ninja. 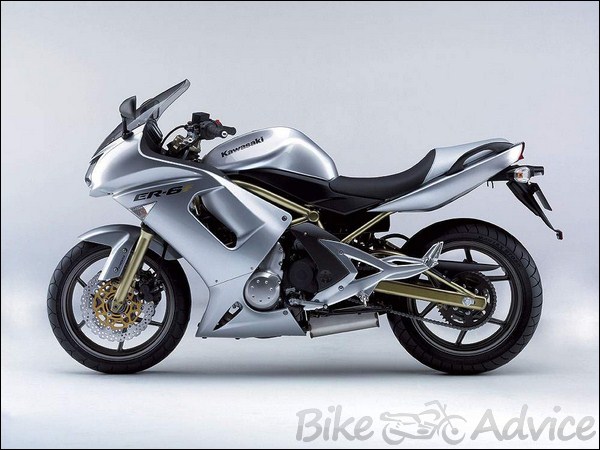 The next reason might sound silly, but true. We, Indians have moved to yellow and orange coloured bikes only couple of years back. Kawasaki Signature Green (that is the name given to flagship green colour which you all would have seen in many pics) is something to which we haven’t been accustomed to.

Now steps in the next Kawasaki (Kwacker, as they are lovably referred as) into India. It is the Kawasaki Ninja 650R (ER-6F). Powered with a Liquid-cooled, DOHC, 8-valve 649cc Parallel Twin with FI engine, I personally expect this to open another new segment which is way below 1000cc but still offering you the best of biking experience. 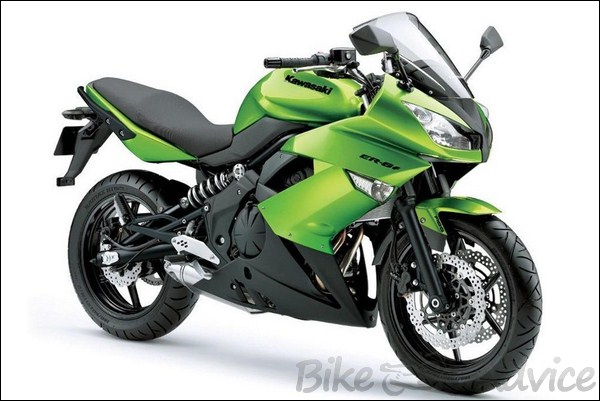 This model was launched in 2006 and has undergone a series of serious facelifts every now and then and what Indians would be offered with is the all new 2011 model. In the International market, Kawasaki Ninja 650R is offered with optional ABS which we hope might get as well. The front brakes are provided with 300mm dual petal discs and single disc at the rear for very effective and precise braking. The maximum output power of this beast is 72.1bhp at 8500rpm.

Kawasaki Ninja 650R (ER-6F) is entering India as a Completely Knocked-Down (CKD) unit and will be entirely assembled in Bajaj’s Chakan plant. Expect it to be launched towards the end of this year. And oh sorry, I forgot to tag its price. The ex-showroom price is estimated to be around INR 5,50,000. Welcome to India!