The D-Day has arrived. Now India has a real sports bike which does not burn a hole in our bank accounts. Priced at an ex-showroom price of nearly Rs. 2,70,000 more than 50 Kawasaki Ninjas have been distributed to Pro-Biking showrooms across India. 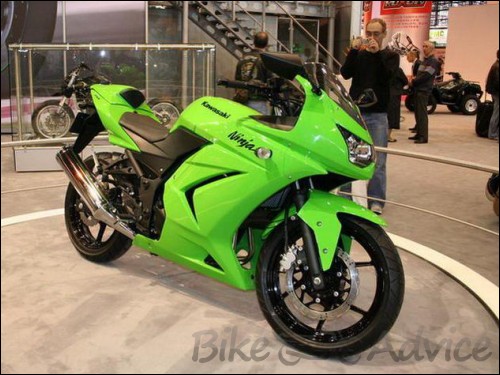 Right now only two colours namely black and green are available, but we can expect more colours in the near future. Bajaj Auto had said that they expect one thousand units to be sold by the next 12 months, which in my opinion is quite possible. Stay tuned while we bring you exclusive photos and test ride reports of the mighty Ninja 250R.