Bikers boys hold your breaths, keep glued to the chair as India’s first sportsbike is making a grand entry in India and it is official! The Kawasaki Ninja 250R which has been playing hide and seek with almost every die hard biker for a couple of years is finally making its foray into the Indian market and the wait is just for five four more days. 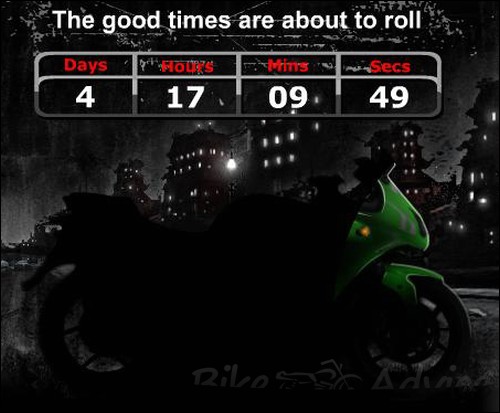 Bajaj had its plans of launching this bike a few months back but due to some internal issues this bike was withheld. A few days back we reported a sneak of Ninja which was caught in the ProBiking outlet of Bajaj in Pune where the officials were making a set up of the look and feel of the bike along with other Bajaj horses. This definitely gives us an impression about how serious Bajaj and Kawasaki are towards India as they are wary about even miniscule details such as these.

The little monster from Kawasaki is being released on the 7th of October at around 1pm in an official launch party in Delhi. However, the bike would be available to the masses in limited numbers and could only be bought on advance booking through the Pro Biking outlets of Bajaj (only). The bike will be released in two colors, the scintillating green and the awesome black.

Bajaj has still kept the pricing hidden from the market but according to our sources this bike would cost anything around Rs.2,50,000. Bajaj has been in constant talks with Kawasaki about the pricing and wanted this bike to be available to the masses at the lowest possible price and if you see anything lower, it would only be through constant endeavor from Bajaj of providing fun riding at affordable prices. With a parallel twin capable of producing 33 horses dare you compare this bike with any Indian bike! It has enough to kill any and every Indian bike to bits and pieces with a slight raise of throttle and did we even mention the feel! A few top engineers have been trained to look after this bike and Bajaj is trying every bit not to create a mess in the servicing department and we just hope Bajaj doesn’t disappoint us this time.

Kawasaki Ninja would be India’s first practical sportsbike as all others we have had cost in excess of 10 lakhs which for even a rich Indian means a lot to spend especially for a 2 wheeler (essentially!). Initially this bike would be imported as a Completely Built Unit (CBU) from Thailand and as and if the demand rises Bajaj might also assemble it here in turn resulting in a drop in the pricing.

We bow down to Bajaj for taking Indian market to new heights and providing us something which we have been craving for. With almost all big brands of the world in India, we should have had a quarter liter bike way back but then everybody is busy fighting the “we will sell more” war and Bajaj (along with Kawasaki) snatched the initiative and responsibility. We seriously feel, had Bajaj not been in India, we might have died counting the permutation combination of the sub 100ccs which other companies would have made us limited to.

BikeAdvice.in would keep you updated about the bike, its reviews, road tests, photographs and shootouts as the bike hits the market. Till then stay tuned for more, BikeAdvice.in is your daily appetite for fulfilling your hunger for anything on two wheels. Till then Let the good times roll!

And do not forget to check out the following link : BajajAuto.com ProBiking