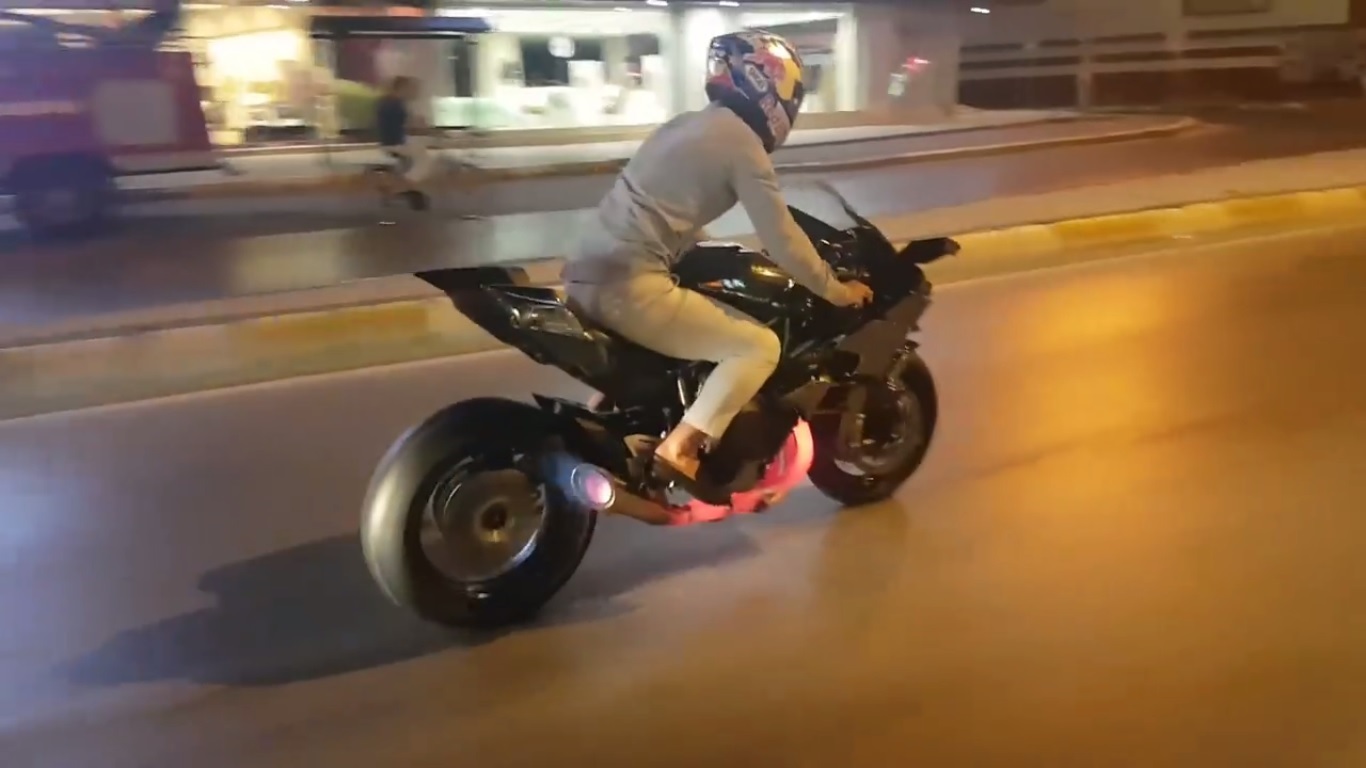 Kenan Sofuoglu, the Turkish Kawasaki rider, who recently managed the feat of hitting 400 kmph on a motorcycle, has been having a gala time. Guess being a world champion certainly helps getting your way round. He has recently put up a Facebook video which has caught my attention and made me end up spend a sleepless night.

He takes his H2R and pulls off a massive burnout on public roads and his bike’s exhaust pipes glowing red! And my lord, those blue flames coming out the exhaust pipes are a treat to look at! In all probability this was an impromptu gig and a multiple world champion would not be out in the streets pulling off stunts without wearing proper riding gear. 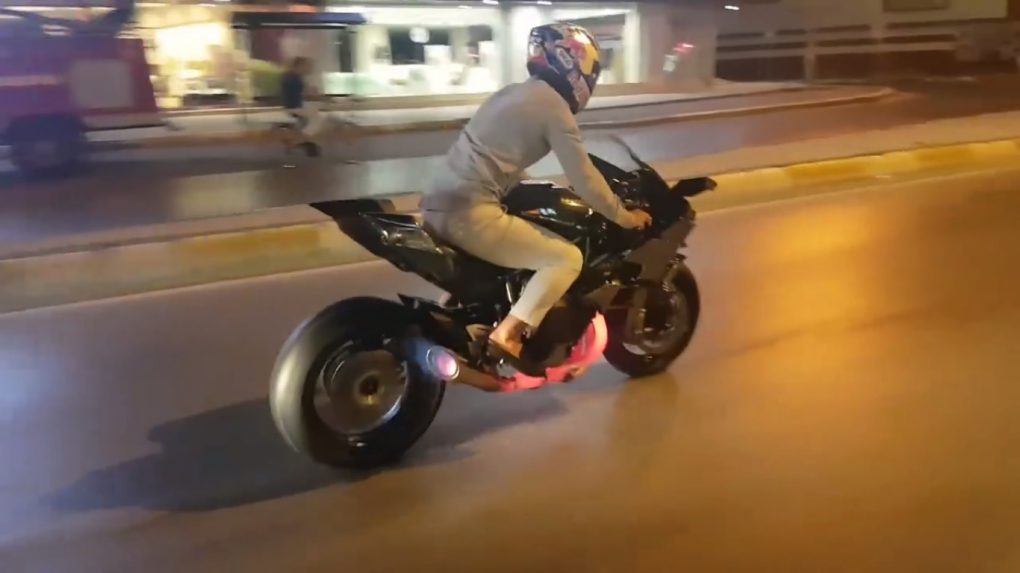 In fact, those loafers that he is wearing, point out that he was probably idling at his home when he took this challenge up. But hey, we would request our readers to never try this on public roads in India or anywhere else in the world, and always suit up with appropriate riding gear. By the way, making those titanium pipes glow red hot will also require a fair deal of skill which us lesser mortals do not have!

And mind you, if you think that the sound in your speakers is loud imagine what an experience the road users must have gone through. After all the Kawasaki H2R is a track only bike not meant for public roads!