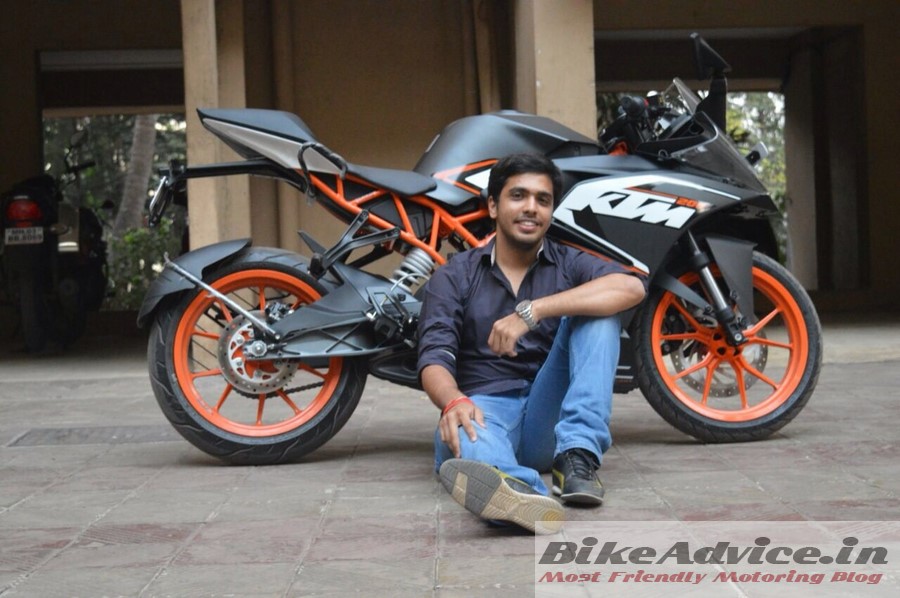 Hi fellow bikers, this is Jignesh Kothari from Mumbai, an ITES sector employee by profession and an avid automotive enthusiast at heart. I would like to share my review about my ride that took 3 years before I decided that she would be the (new) one to hit the tarmac with. Was I pleased? Well let’s find out… 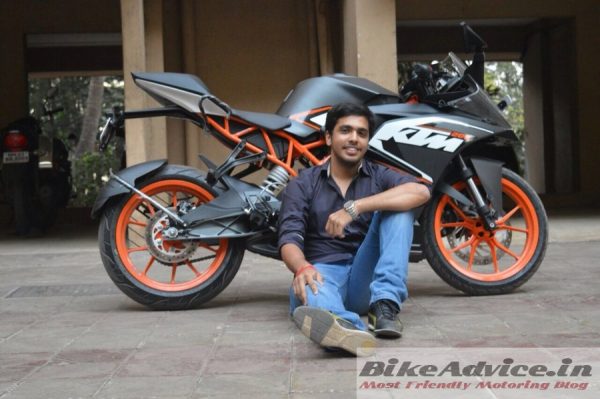 I had a Hero Honda CBZ (2000 model) which was my ride partner for the last 5 years. Like most of the biking junta it ignited the passion to ride in me as well. But somehow I longed for something with a sporty stance and a one that would multiply your joy with every corner that you belt it upon. So I decided to bid goodbye to the good old CBZ and wait for the next. 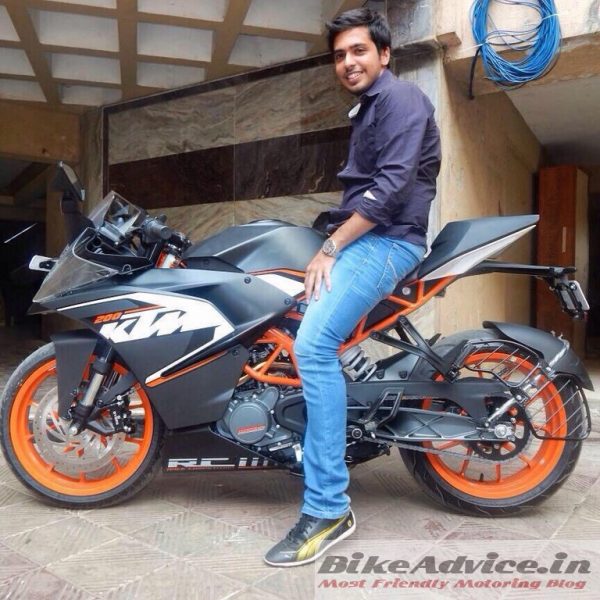 Being a Yamaha R15 (1.0) lover, the very first expectation was the riding stance of the bike. I happen to ride Hyosung GT 250R, Honda CBR250, and the Yamaha R15 and I appreciate them for what they are but something was missing – I wanted something more dominating. On Jan 24′ 2012 the hunt for a new bike in a way began (& ended too). After being witness to the launch of KTM Duke 200 and given its sheer beauty I was in love already. Though amused with its acceleration, I knew on the test ride itself this one was for me. I did some research on the brand and was waiting in the wings for a full scale invasion and how… 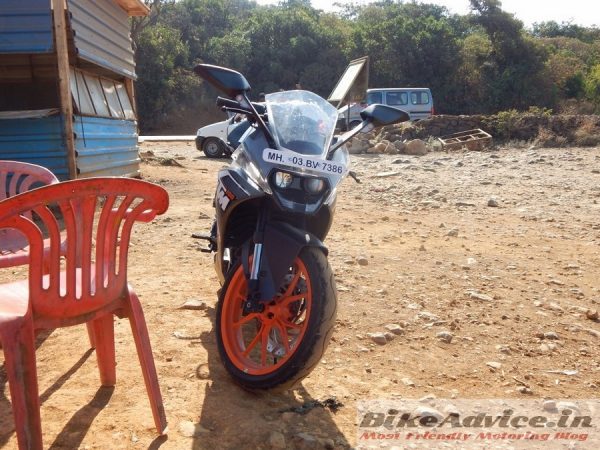 A few days later a friend purchased the Duke 200 and I seized that as an opportunity to get acquainted with the Duke 200, from cities to highway the road was my playground. Back then as a college student I was a bit skeptical about the mileage that could be expected from her and the maintenance expenses to boot. So I kept myself abreast about the return on investment the Duke 200 offered through my friends circle. The feedback was nothing short of convincing. 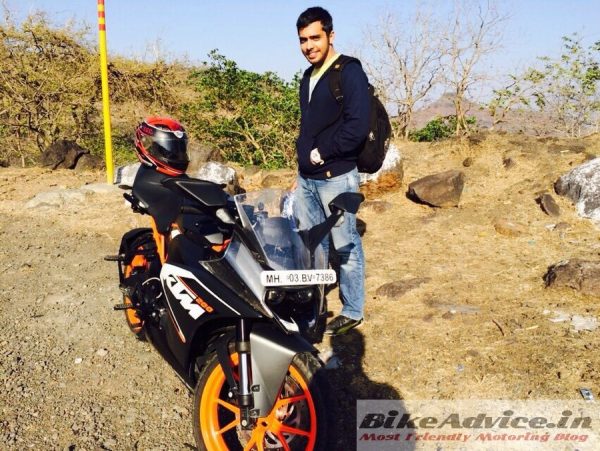 I shortlisted only 2 bikes –

My parents however offered me 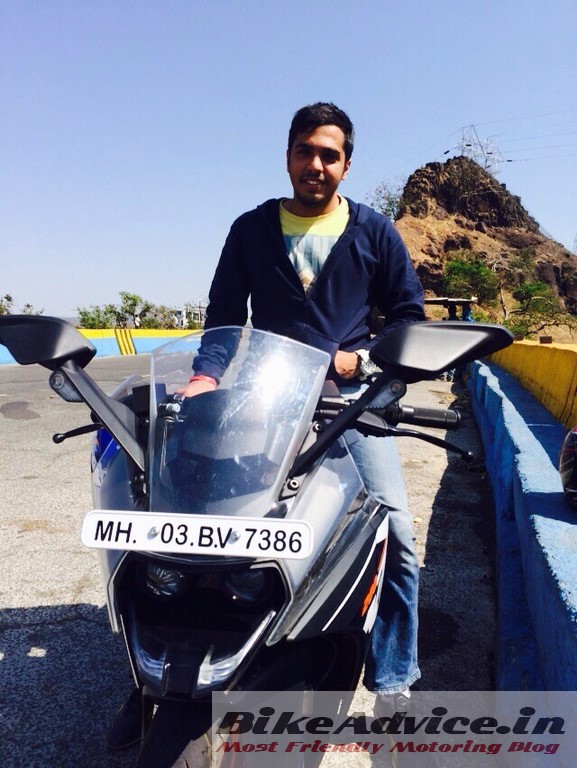 Since best friend already owned the NS, I wanted something new – Something which KTM only can offer. My wish came true when I got to know about the launch of the RC200. After the long wait (the feeling of my 1st new bike and a month’s waiting period was too much to handle) for the RC after the booking, finally on Jan 30th 2015 I got my ride delivered.

While the RC 200 has been around for quite some time now with its specification all over cyberspace, I won’t get into that part but suffice to say it is the best bike someone can purchase in its segment given the value for money proposition. 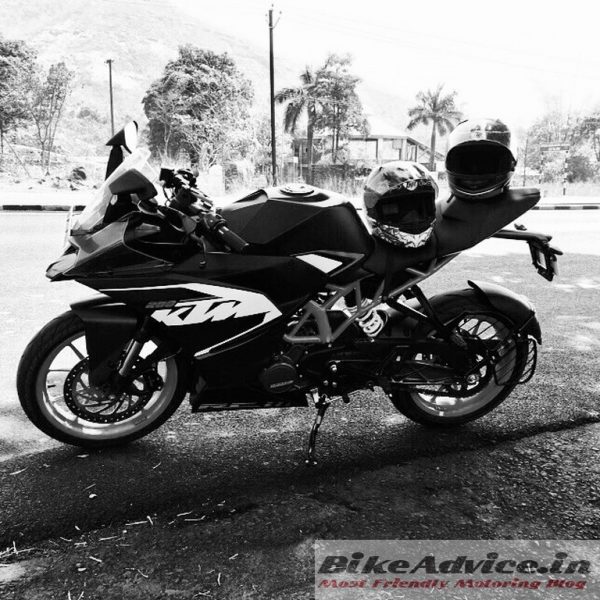 In terms of handling, it happens to conquer the corner no matter what. It doesn’t take a Rossi to kneel. So as long as you just know the basics and do not push the limit, you are treading on safe waters. Till date from the purchase date, she has clocked over 1100 odd kms with the 1st service done just a week ago. I’m much of a weekend rider who had done Mumbai-Lonavala only twice on this bike. The ergonomics are aggressive with an even peppier engine with the headlamps, DRLs and a well rounded pillion seat to wrap up this bundle of happiness. 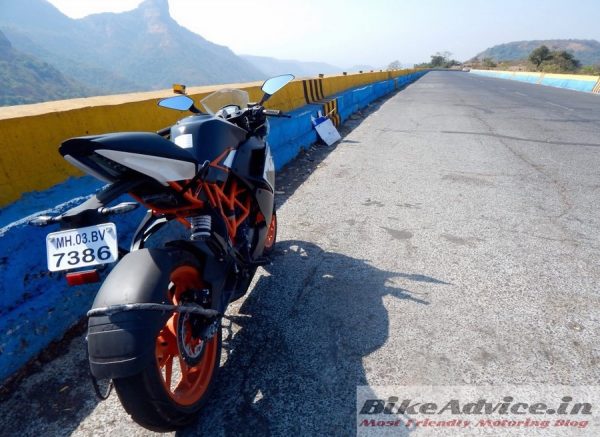 Regrets: “Speaking bad about you girl”

Being a casual rider (I ride on some weekends in a month), I don’t feel the bike has a down side for the erstwhile biker, but for me surely it does have some niggles. The Rider seat for the RC is low in the cushion which is pain in the saddle for city riding while taking its toll on your wrist and all that is linked to it. 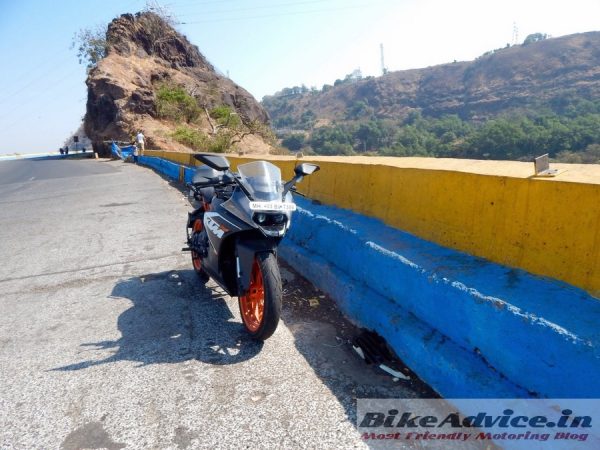 I had been to lonavala twice on my run-in period:

On the first occasion I chose not to exceed the 60 kmph mark, keeping the run-in period in mind thus getting an overall mileage of 46 kmpl (Which is mind blowing for the RC200).

The 2nd time went a tad bit faster (around 70-80kmph) while just blipping it into every a corner met, I got an average of 40-41 kmpl this time around. 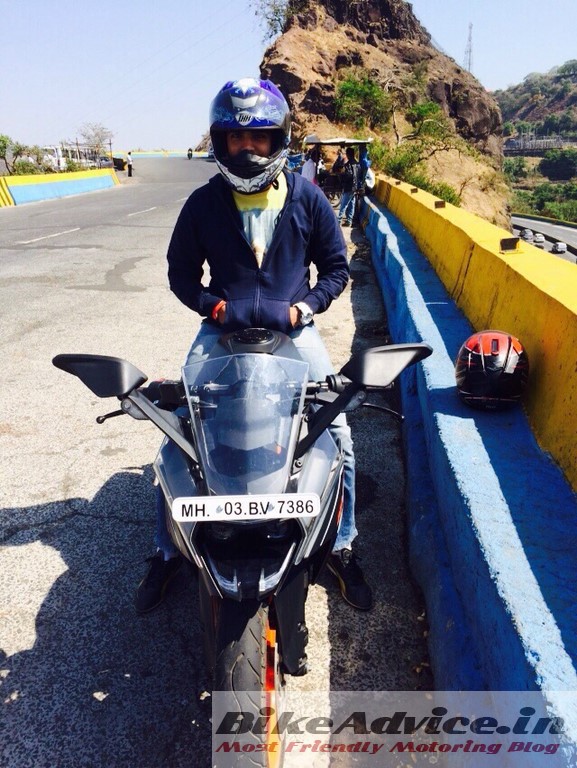 Given the choice amongst the many others, I’d love to cover the following routes in the future –

It’s surely not a tourer but a cornering friendly one. After the 3 year 6 month wait this 3:6 patience ratio (so has to say) has indeed paid off.

If you are aspiring to own a sport bike on a budget then don’t waste time asking yourself, “Do you KTM?”. Just walk in to the store and ride out. Ride safe, ride sensibly.