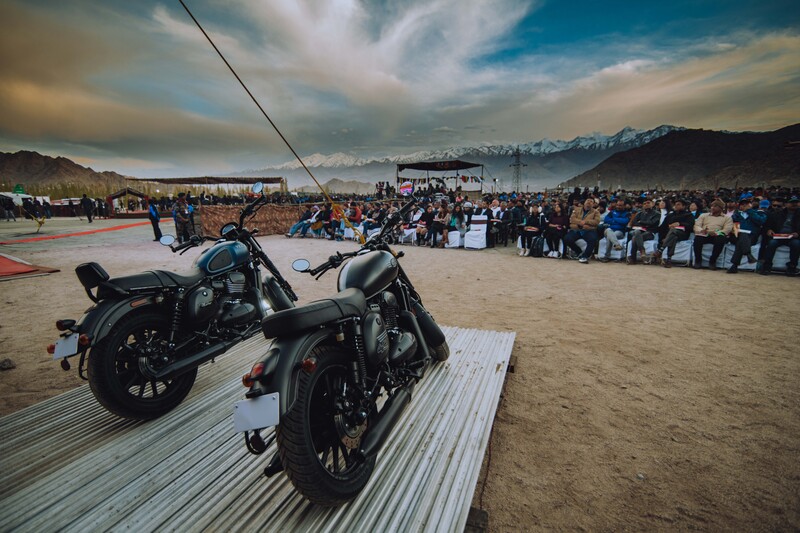 As mentioned earlier, the Jawa-Yezdi supported LIMF is the Indian Army’s initiative in the Ladakh region to promote local talent, youth and their love for music and additionally, it is aimed to pay tribute to the Heroes who have laid down their lives for this country.

The company shares that the festival witnessed a line-up of renowned local artists and popular Indian bands. There were performances by leading artists and bands of the country such as – Indian Ocean, Tetseo Sisters from Nagaland, Yellow Diaries, Parashara and singer & composer Joi Berua.

Classic Legends further shared that after the completion of the festival, a fleet of 24 Jawa & Yezdi motorcycles, led by officers from the Indian Army, were flagged off from Leh to Rezang La war Memorial to offer a tribute to the bravery of 120 soldiers who fought the Chinese Army in 1992. To mark this ride and the occasion, a special Anthem Song is composed by singer & composer Joi Berua.

“When we first rode Jawa motorcycles to Ladakh during our Ibex Trail ride in 2019, we established a great connect with the Indian Army in the region through our Forever Heroes initiative and have followed it up with numerous rides with them over the last few years. The Ladakh International Music Festival is a welcome step towards encouraging the local talent and enriching the music culture in the region”.

“Ladakh is an important market for us, and we’ve ensured that through our partnerships within the rental ecosystem and our focus on service support, Jawa & Yezdi motorcycles will emerge as the preferred choice of touring motorcycles in this breath-taking and challenging terrain.”

Sharing their present and future plans, Classic Legends explained that they recognise the importance and popularity of Ladakh among motorcyclists and tourists alike. So in order to increase their presence and influence, they are actively focused on strengthening their association with the local tours & rental operators along with establishing a full-service facility in the city.