India’s largest fuel retailer, Indian Oil Corporation has increased the prices of the deregulated fuel – Petrol, yet again. Petrol at Indian Oil outlets would be dearer by Rs 1.35 and the hike has already come into effect from Wednesday, 1st June 2011. 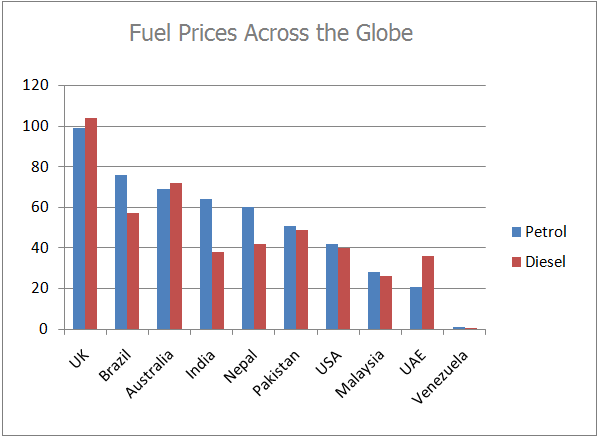 According to IOC officials, the (insane) hike of Rs 5 on May 15 in Petrol prices was not enough to cover up the cost of operations and this increase was necessary for them. With this increase price of Petrol in IOC bunks has nearly touched the Rs 70 per liter mark.

What is more dreadful is that other oil retailers might also follow suit and we already have silent whispers doing rounds that petrol might still get another fresh hike. And that’s not all, the country’s fuel – Diesel & LPG are all set to become dearer as well, slated to mark a big dent on a common man’s monthly household expenditures. It is just a matter of time the government announces the hike on regulated fuels. According to reports a body of the government will hold a meeting regarding the same issue on 9th June.

It is becoming all the more difficult for a common man to withstand these inflated hits. These rising fuel prices are also prima fascia for the drop in overall 2 wheeler & 4 wheeler sales in the country of late.

The attached picture shows the prices of petrol and diesel in various countries of the world with respect to India.