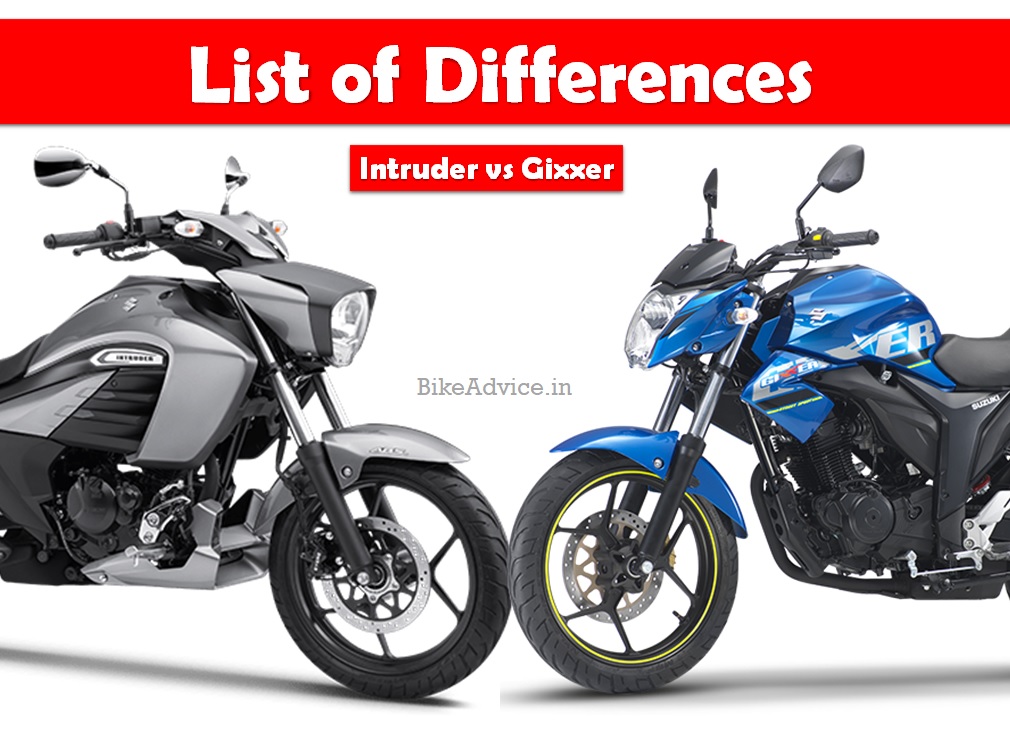 Intruder vs Gixxer – So, what separates them…?

Obviously, this article won’t tell you that one is a street motorcycle and the other is a cruiser. Yes, they both are based on a similar platform, have very resembling specs and share the engines with exact same power and torque outputs but there are some inherent differences to suit respective personality traits. Let us list all of them… 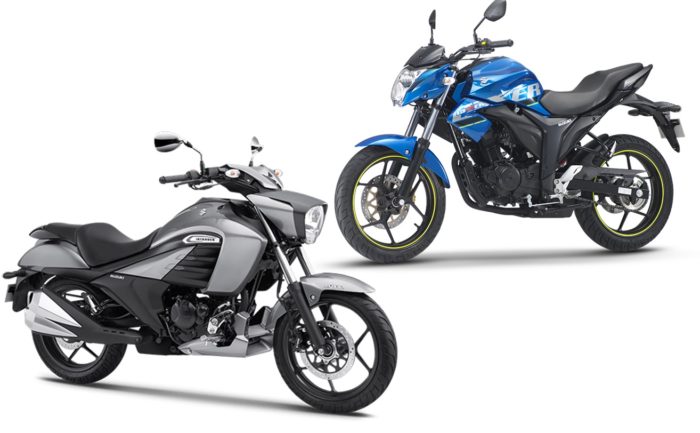 Mechanical – The Intruder gets a bigger intake and a reworked exhaust.

Sprocket – It also comes with an additional teeth for the rear sprocket. This, along with point no 1, has been done to provide it a better low and mid range (which may sacrifice a wee bit of the top end) as compared to Gixxer.

Frame – The chassis has been shared but on the Intruder there is a new subframe.

Wheelbase – In order to give it a longer cruiser like stance, Suzuki has increased the wheelbase by as much as 75 mm (1330 mm of Gixxer and 1405 mm of Intruder). This has also meant an increase of 20 mm to the swingarm. 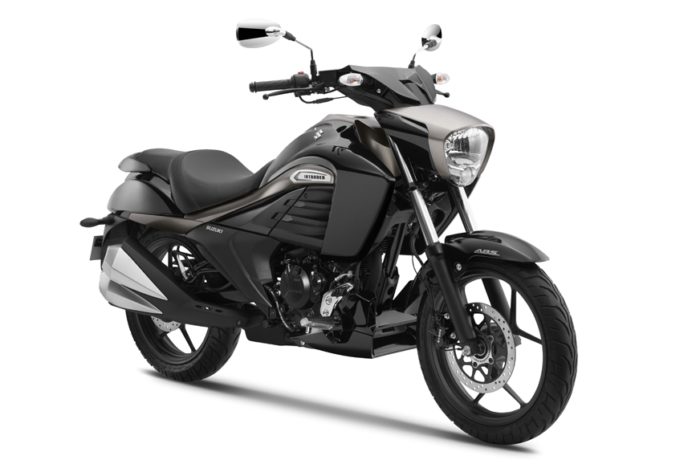 Other Bits – The seat height is lower at 740 mm (as compared to 780 mm of Gixxer) and Intruder weighs 148 kg which is a significant 13 kg more than the Gixxer.

Apart from this, there are other smaller differences like LED lights, a fuel tank which is smaller by 1 liter on the Intruder (11 litres as compared to 12 litres of Gixxer). Surprisingly, Intruder (which should be a low-slung cruiser) has got a higher 170 mm ground clearance which is 10 mm more than Gixxer. 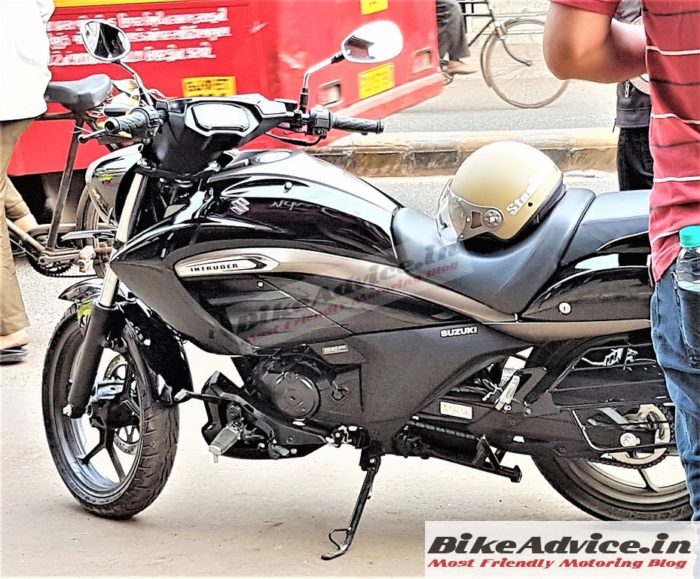 The other bits like the tyres, instrument cluster, brakes (including the single channel ABS system) etc are shared between both the motorcycles.

So, now you know it is not just a body swap but a more significant attempt by Suzuki and the polarising Intruder does give you an option to own a lanky cruiser at budget prices.