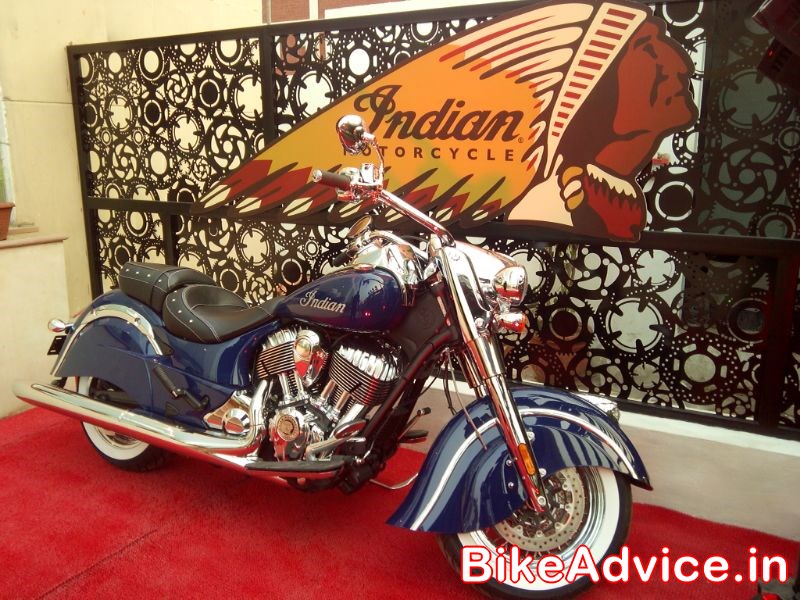 A few days back our Managing Editor, Saad Khan caught up with Mr Pankaj Dubey, Managing Director of Polaris India and had a detailed chat on his plans, current scenario, response along with some information on Victory Motorcycles, Indian Motorcycles and Polaris Off-roaders. Here is an edited script of the conversation… 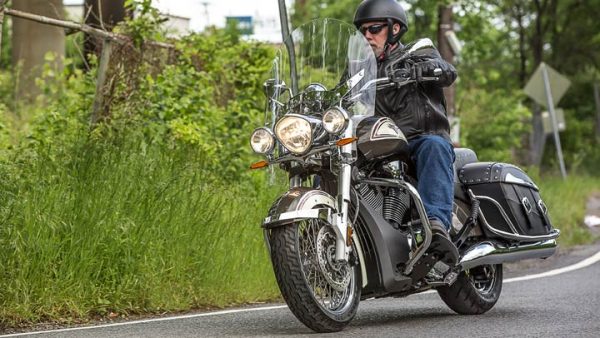 BA: How would you describe your stint with India till now?

PD: It has been a very nice time to create the off road industry in India. As you might be aware we are the only company marketing these products in India. It has been a journey where we have had a mixed time. Sometimes it’s really tough to explain what an off-road vehicle is. And at the same time it is very interesting to see the smile on the face of the customers when we actually show the product and tell them what all can be done on the product and with the product.

BA: How has the growth been so far and are you satisfied with the results you have got so far?

BA: Can you share some details regarding how many units you sell on an average per month or anything related to this?

PD: We do not share the no of units that we sell as a part of the corporate strategy but what I can share with you is that we have 700 odd vehicles in India now of Polaris ATVs.

BA: So, what I believe Mr Pankaj is that, pricing has been the most hindering issue with your vehicles, honestly because of them being CBUs and attracting high taxes. So, do you intend to localize them in the near future? Do you have any plans to localize them here somewhere?

BA: So as we see Polaris have somewhere 15 different products in India with price range starting from 3 odd lakhs till 30 odd lakhs. Which one is your best-selling model till now?

PD: There are two models one is Razer F 800. Second model is 500/570 Touring ATV. These are two top models and close third is Phoenix 200. These are the three models that we are selling the maximum. 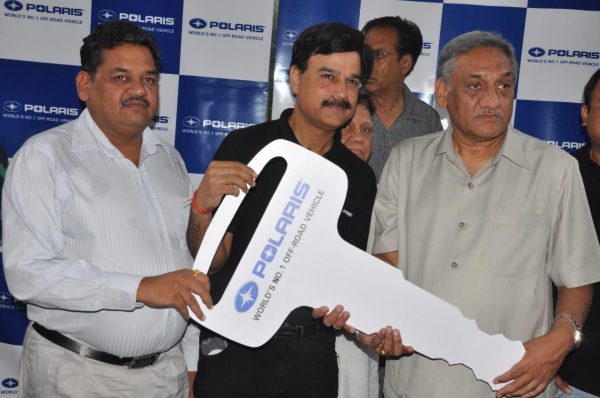 BA: So what cities are you planning to target in your next phase of expansion? Do you see a potential in tier 2 and 3 cities in India?

PD: Yes we are already present in a number of cities in tier 2 now. We have a very wide presence from 16 dealers, which is spanning from north east west south. Then we have presence in all metropolitan and a number of state capitals. Further expansions are done through the creation of Polaris experience zones, and also creation of some sub-dealers. So that’s where the expansion is happening. From our stand point of view we have almost covered the entire country broadly and now we will cover the tier 2 and tier 3 markets through our Polaris experience zones.

BA: The latest which was launched was in Daruhera very recently. Right?

PD: Yes, Daruhera, and immediately after Daruhera we have launched one in Bhopal also. Things are in pipeline and as and when they are launched we will share with you. 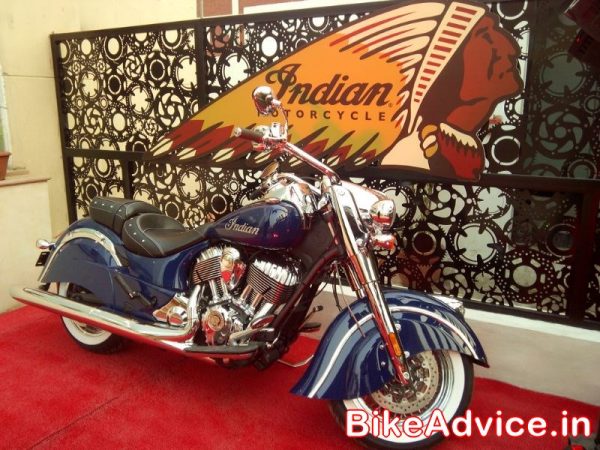 PD: No. 1 is that Indian Motorcycles has a very rich heritage and it has a very great connection with almost all over the world people have been using these products. Even our elders are, when we talk to any journalist…he would say my grandfather had one and I still have one. Our products get them nostalgic and they start having that kind of a feel. I mean the brand itself creates a lot of excitement among all the motorcycle enthusiasts. That’s the No. 1 differentiator and No. 2 is that Polaris is known worldwide for its engineering excellence so if you see the products that we have made, it has been appreciated world over for its quality. So our Indian motorcycle has also inherited the Polaris excellence of engineering and if you drive the Indian Motorcycles and you drive any competitor motorcycle you would feel the difference in the driveability. The drive itself is very smooth; every aspect of it has been felt with detail and performance wise it is fantastic. So Indian Motorcycles, besides being a heritage motorcycle, the latest technology which has been used without losing the heritage part of it is another strength of which everybody is very excited.

BA: So Mr. Pankaj, how many motorcycles do you plan to sell within this year and once you are consolidated, and then probably some figures for next year?

BA: Of all the three motorcycles which you have launched?

PD: Yeah, of all the three motorcycles.

BA: And any plans for 2015, decided yet or you will base them depending on the response you get from this year?

PD: Well the response is actually very exciting so 2015-16 will see the launch of international models. We would try to launch the same models simultaneously in India as well.

BA: So with respect to your Indian Motorcycles brand, can you please share some details of how do you plan to expand the brand and where do you plan to launch these dealerships and by when?

PD: We have one in Gurgaon, in the Delhi-NCR region, and we have the second and third dealership coming up in Bangalore and Mumbai before the end of this year, one of them might get delayed till 2015 first quarter, so within this financial year 2014-15 you shall have three dealerships functional in India.

BA: Would you use your existing Polaris branded dealerships to house the Indian Motorcycles?

BA: But that will be a separate entity?

PD: Yes it would be a separate entity because that requires a totally different skill set and area, population and kind of activity you plan have to be thought of, and so it has to be dealt separately and independently. In case of Delhi we have a dealer who is a Polaris dealer and also an Indian Motorcycles dealership. But these are at two different locations and two different teams. 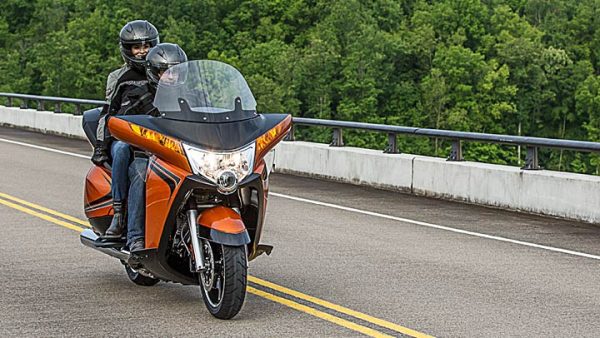 BA: So Can you please tell us a little more about your other motorcycling brand – Victory Motorcycles and how is it different from Indian Motorcycles?

PD: As Indian Motorcycles is the first American motorcycle company, which was started in 1901, now Victory is the latest American motorcycle which has been launched by any company in 1998. So Victory is very modern looking, advanced in technology. Because of Victory Motorcycles we have got Best Quality Motorcycles for 10 consecutive years by JD Power in North America. So as far as differentiation is concerned while Indian Motorcycles has a rich inherited culture and its own iconic image and some of the features which used to be there in early 1900s, which are still part of the 2013-14 line-ups. Victory Motorcycle is all modern, and has the latest technology, the looks are also very modern.

BA: Do you have plans to launch this Victory brand in India and if yes by when?

PD: We will launch Victory in India but we have not actually decided any timeline yet. We got a few Victory Motorcycles for display in 2012 Auto Expo, which we sold, so those vehicles are already running in India. A formal launch we haven’t done as of now, once we decide to do it we will let you know, but it won’t be very early.

PD: That’s not decided yet.

BA: So at what price point can we expect them? For your Indian Motorcycles start at around 26 lakhs, so am I correct in assuming this that Victory will be a bit cheaper than this?

PD: Yes, there are models which will be cheaper than this and will be in a price bracket of 20-33 Lakhs.

BA: So they will also continue to be as CBUs?

PD: Yeah they will all continue to be CBUs. 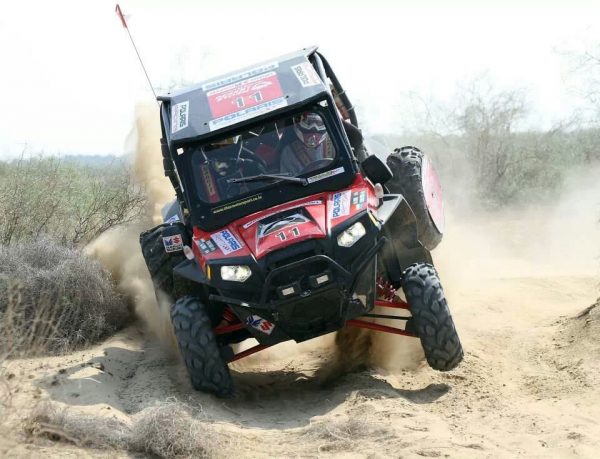 BA: Moving on to your four-wheeler plan, ever since the government the quadricycle category, we have been hearing that Polaris has shown a lot of interest. So would you like to talk about this a little more if possible, reveal some details of its launch time frame?

PD: The Eicher-Polaris Joint Venture products.. Nothing has changed from the Press Release which we have done in 2013 with the Joint Venture announcement that we did. So nothing has changed and we cannot share with you anything more than that, but the project is on time. As far as the quadricycle is concerned, we were interested in it because as per the existing quadricycle rules in Europe, our ATVs can go on streets in Europe. So we are looking at getting those approvals from Ministry and that is what was interesting for us.

BA: So these are two different products? The Quadricycle and Joint Venture with Eicher, am I correct in understanding that?

BA: So your products with Eicher will continue to be leisure vehicles, some niche products or they will be proper commercial/passenger vehicles which can be used on the roads?

PD: I would not like to make any comments on that, whatever we shared in the Press Release holds true and believing in any other speculation is not correct. And I would request everyone not to speculate that product as they are completely different and unique. It is not comparable.

BA: One last question, where do you see Polaris 5 years from now? And by Polaris I am including all the sub-brands as well, like the Indian Motorcycles, and probably till then we will have Victory as well, so how do you see all of them 5 years from now.

PD: Five years from now, Polaris as a brand, will be a very well-known brand across the country, and will be present in almost all the major 2 tier and 3 tier cities as well through our network. We will have major presence in motorcycles as well as in our core business. We are world’s number 1 in our core business, the off-road vehicles. Although we are the only company right now but in 5 years’ time more companies will join in like Honda and Yamaha will be here, but we will still be number 1.

BA: Okay, so that’s about it from our side. It was a pleasure talking to you. Thank you for your time and all the valuable info that you have provided.