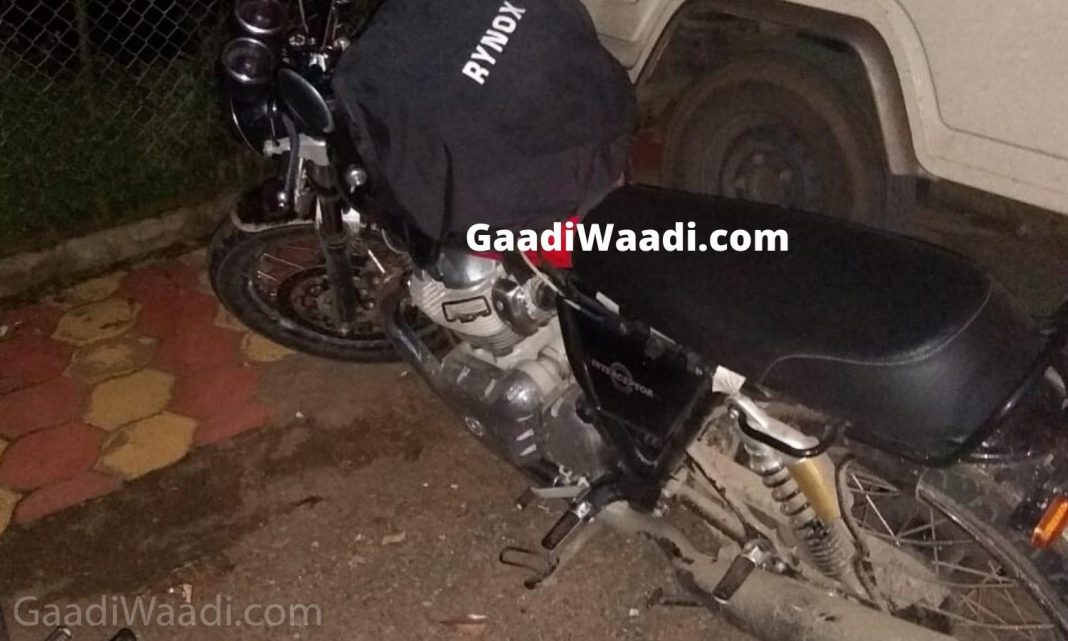 Interceptor 650 BS6 pics suggest there may be very limited changes to the upcoming model and most or all of them may be intrinsic related to the engine and the exhaust.

Royal Enfield is also here with its Bharat Stage VI products under tests. In a latest, its Interceptor 650 has been spotted during dark. Since we are closer to the BS6 deadline of 1st April 2020, it is naturally believed to be a BS6 test mule, perceived to be under its final tests.

These are not very clear pics and we can not see any visible changes in the motorcycle. Considering that the 650 twins are the latest and the most modern in Royal Enfield’s lineup, they would be the easiest to convert to the upcoming emission norms. Also, the 650 twins are already fuel injected which will help them in easier compliance.

The upcoming models are not expected to sport any styling changes and continue with the same design. Along with the upgraded engine, like others, Royal Enfield is expected to throw in a few new features bundled in the package.

For reference, the current 650s produce 47 bhp of peak power at 7250 rpm and 52 Nm of max torque at 5250 rpm from the SOHC, air-cooled, 648 cc parallel twin motor. If there will be any drop in these numbers, it should be minimal. Official launch is expected in the coming few days/weeks.