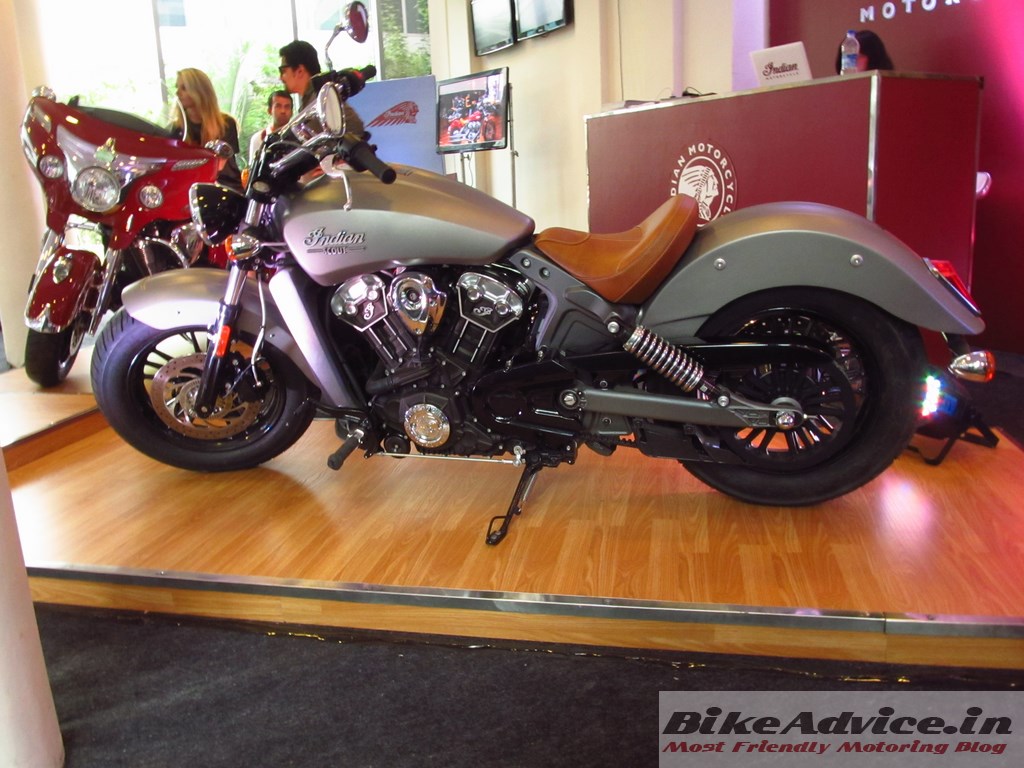 Indian Motorcycle has only recently unveiled their most affordable motorcycle – Indian Scout internationally a few months back and they surprised us by launching it in India very recently at a striking price tag of Rs 11.99 lakhs. 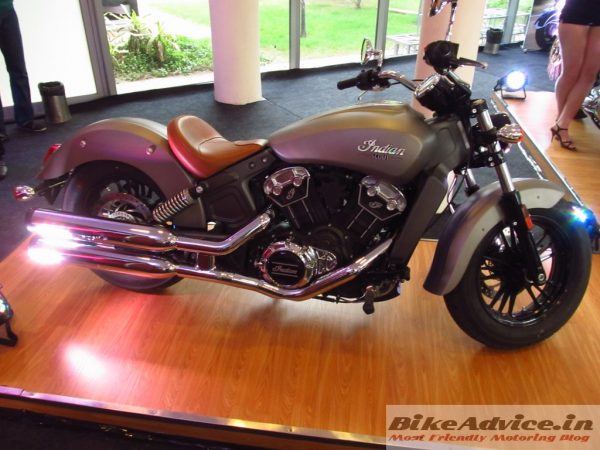 In an exclusive, we shared with you that deliveries of the Scout will start from January next year. And the company seems to be pretty serious about the product and took the opportunity to showcase the motorcycle for the first time in the country at the Bike Festival of India last weekend.

The showcase gave a fitting culmination to a day full of fun and frolic when Mr Pankaj Dubey, the chief of Indian Motorcycle (and Polaris India) in India  brought in the legendary Indian Scout on the main stage, pleasing the crowd. And let me tell you, the Scout looked fabulous and it is easily the best looking Indian motorcycle I have seen ever… 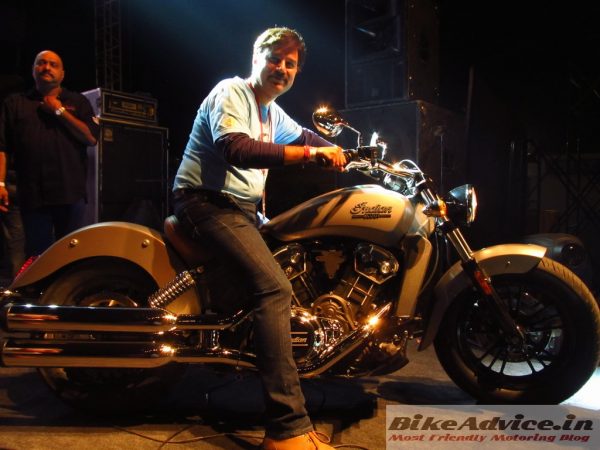 For starters, the Scout is powered by a new 1130.71 cc V-twin engine which churns out 100 horses of power and 97.7 Nm of torque. Not everything is completely new on the bike and it still follows the design philosophy of the original Scout. In fact it even carries the logo design from the first Scouts which were released in the 20s.

The company has so far shipped just a single unit of the Scout from the United States as a display model for prospective customers. More units will be flown when as the delivery dates comes closer. Indian Scout, which practically helped the Allied forces win the World War 2, is also the same one which Burt Munro chose to create a new land speed record at the salt plain of Bonneville.

The Scout will help the company to expand to a wider set of audience and a lot of aspirational buyers who have been saving every penny to buy their first Indian, can now reach their dream sooner.