With the beginning of this New Year, everything seems to have been changing in the Automobile world. A recent most noticeable change has come in the form of an automobile policy implemented on automobiles (Bikes, Cars and all other automobiles). 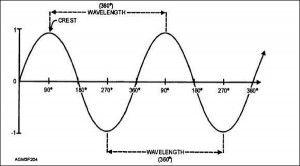 As per the latest automobile norm to be implemented in this year, it is ruled out that every automobile that will hit the roads will have to comply with Electromagnetic compatibility (EMC) norms. These norms have been laid down by the Ministry of Road Transport and Highways and the Ministry of Surface Transport.

As of now this EMC norms are only applicable to two and three wheelers but from 2013 these norms will even apply to four wheelers. In simpler terms, every other new manufactured model from the year 2011 will have to face the EMC test in order to ensure that it is Electromagnetic Compatible.

Well, EMC refers to Electromagnetic compatibility. This means the ill effects of electromagnetic waves on the automobile as a whole that causes obstruction and degrades the performance of the device. It also has got environmental problems.

Mr. GRM Rao (Joint Director and Head of Works, EMC Tech Center) said that every other electrical and magnetic device emit Electromagnetic waves and modern automobiles (bikes, cars and all others) have a tendency to produce larger amounts of Electromagnetic waves that are causing lack of safety and degradation of environment. He was of the opinion that all the modern automobiles shall have to pass the EMC test before getting their tyres on roads.

The EMC test consists of two parts; EM Interface and EM stimulation. This test basically ensures that an automobile as a whole doesn’t emit Electromagnetic waves more that the admissible limit nor they are subjected to external Electromagnetic waves. In simpler terms, this test will ensure that the motorcycles and other automobiles are safe for the environment and will not degrade the environment in a major way.

Mr. Rao further pointed out that the EMC test is to be passed by every other automobile and it will ensure that the automobile neither emits excess Electromagnetic waves nor it has influence of other Electromagnetic sources like the mobile tower. SO it s clear that EMC tests are going to be carried out.

As of now, The Automotive EMC Test Center (part of Vehicle Research and Development) at Ahemdabad is the only test center that can carry out these EMC tests. The center was set up by Ministry of Defense, Ministry of Heavy Industries and Public Enterprises and the National Automotive Testing and R&D Infrastructure Project (NATRiP) and was inaugurated on August 13, 2009. The center is the most hi-tech one for test like these because the walls are made with a combination of ferrite tiles and carbon-impregnated foam absorbers. The center also has a tendency to absorb the radio magnetic waves.

The EMC test center has got everything that is required to test a vehicle for Electromagnetic compatibility. The Center took 42 crores to build. Of these 42 crores, Ministry of Heavy Industries provided 32 crores and Ministry of Defense provided the remaining 10 crores.

All in All it looks like vehicles are going to be lot safer than before because these tests will ensure that vehicles do not react in an absurd way while they are under any influence of any electromagnetic source like a mobile tower, transformer and other sources. Well, let us keep our fingers crossed and see what happens next.