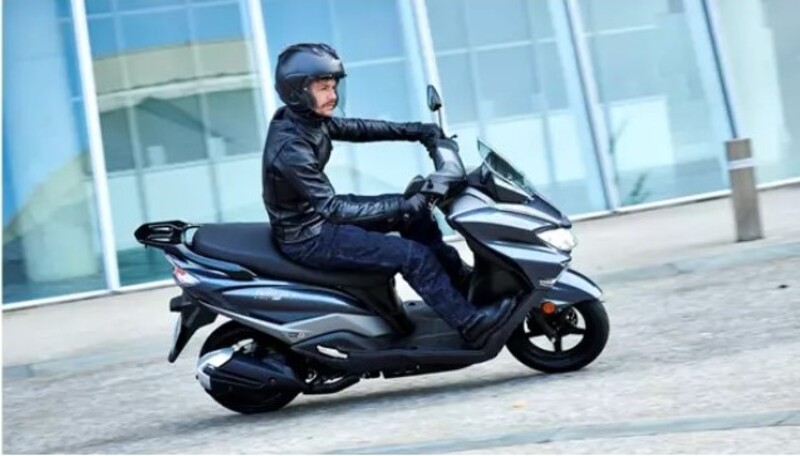 Suzuki UK have unveiled the 2023 Suzuki Burgman 125 EX in the old continent with the deliveries and pricing confirmed for somewhere in March 2023. The new Burgman scooter joins the scooter range offered in the UK consisting of Avenis 125, Access 125 and the bigger Burgman 400.

Don’t be confused by the use of the ‘EX’ suffix for the newly unveiled scooter. It is the same Burgman 125 maxi-scooter-esque model that is on sale in India. The only difference you will find in the international model, when compared with the Indian model, is the use of tail-rack at the rear which has been integrated into the grab-rails for the pillion.

Other than the above-mentioned feature, the rest of the scooter is identical to the model offered in the Indian market.

The U.K.-specific Burgman 125 EX scooter is being offered in 3 colours – Pearl Moon Stone Grey, Metallic Matte Black & Pearl Mirage White. The pricing of the international version of Burgman 125 EX is yet to be revealed by the manufacturer – probably around March 2023.

The Suzuki Burgman 125 EX has a design very similar to the Indian variant – a very maxi-scooter-esque with practical styling but without the size & heft. It gets a full-LED treatment at the front and the rear. For added practicality – the international variant gets under-seat storage, a USB charging port, a CBS braking system and a soft single-unit seat.

The international 2023 Burgman Street 125 EX uses the same 124 cc engine as the Indian variant – putting out 8.4 HP and 10 Nm connected to an automatic transmission system. Suzuki UK are also offering a range of optional accessories that include a 27-litre top box, pillion grab handles as well as heated grips.