The 150cc segment is pretty much saturated in India. From what was referred to as a power oriented category, we’ve attained the stage where these bikes have lost its status by acting as merely commuter bikes. 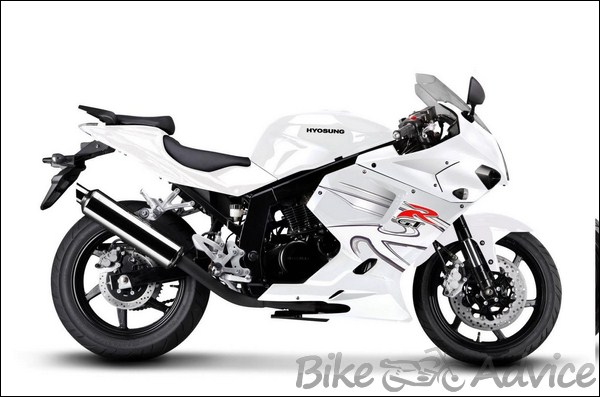 However, there are certain models like the R15 which will still top the segment which houses the best of technologies which makes it a great bike to be handled along the track and the city roads. So, if the 150cc segment is saturated, then where are we heading to? It can’t be the 200cc segment as this is not universally very celebrated. Let’s keep a leg a little more further in the 250cc category. Exactly, this is the upcoming segment that’ll see hell lot of bikes coming in the next few months.

As of now, there’re only two products in this category that are quenching the thirst of Indian biking enthusiasts. One is the Kawasaki Ninja 250R and the other being the Honda CBR250R. While the former one is a twin cylinder bike with great track capabilities, the latter just houses a single cylinder engine that does is work decently along highways and city roads. The Ninja is of course a fantastic product in this segment, but the problem lies in its pricing. It is priced as much as a lakh and odd of
INR more than the CBR 250R.

Let’s get back to the title of the post. Hyosung already has 3 products under its umbrella in India. It initially came up with just 2 products namely the GT650R and ST7. The former was a sport-bike and the latter a cruiser.  Both the bikes houses 650cc engines which are tuned to cater the needs of both the bikes separately. There is also a naked bike which is the latest offering from Hyosung which ist he Hyosung GT650N. The bike became highly renowned owing to the discounted price tag which it was bearing for about a month.

Hyosung has now decided to sweep the stake of 250cc bikes in India. The bike that’ll be doing this job out here is the GT 250R. The bike borrows most of its styling cues from its sibling – GT 650R. The GT 250R is also serving a lot of customers in many nations and is one of the important players across the globe in the quarter litre bike segment.  The bike is expected to be launched somewhere in the month of May of this year.

Garware which deals with the Hyosung brand of bikes in India is working on localization of its parts which is not gonna happen in the next few months atleast. At the outset, this bike will be brought to India as a CBU (Completely Built Unit) and then over a period of time, it will be shaped as a whole in India.

Garware had already played a bad game in the Indian soil with the GT 650R and the ST7 by over-pricing their initial set of products. However, they rectified their mistake with the GT 650N by pricing it in the way it has to be. We expect the company to price this bike in the band of 1.7 lakh to 2 lakhs of INR.

The initial set of bikes might be imported from Korea; however we’re not too sure about it at this given time. Aesthetically, the bike looks really great with a true sport-bike feel, the feel which most bikes fail to offer.

The Hyosung V-twin engine was designed in a place named Hamamatsu in Japan by a design team comprising of engineers who have previously worked in the R&D teams of Suzuki. Technical features of this bike includes roller bearing camshafts, two – piece spring dampened bevel silent primary drive gears, dual squelch combustion chambers; these features were previously confined to racing engines, and in the past have been uneconomical for manufacturers to incorporate into smaller capacity engines for street use. It makes use of a DOHC eight – valve engine configuration for enhanced performance of the bike In few nations, the GT 250R is sold by the name Comet.

Here is the brief spec sheet of the Hyosung GT 250R.