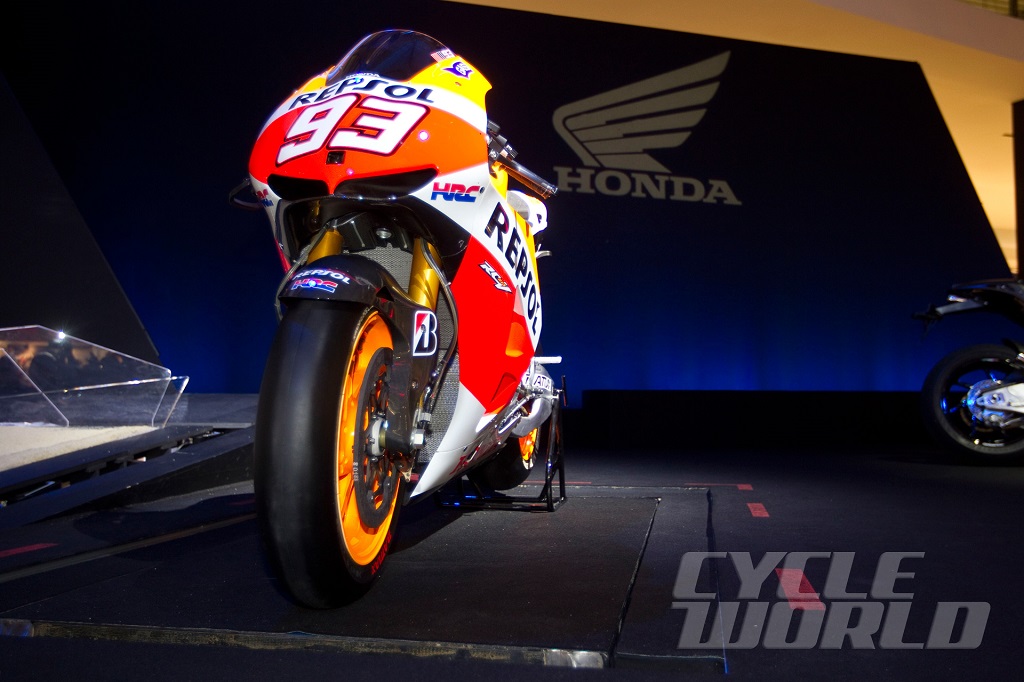 If you’ve just started watching MotoGP and are overawed watching Marc Marquez on his Honda RC213V making all other riders look slow, then we have some good news for you. No, you don’t qualify for free tickets to the last race of the season, but you can certainly hope to buy a street-legal MotoGP motorcycle from Honda soon, provided you are one of those lucky souls who is reading this news piece on his MacBook Pro 24Karat Gold or some such device. 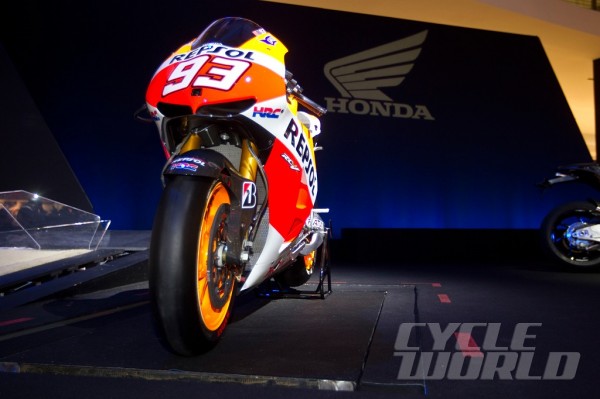 You see, these special editions are far from cheap and the last MotoGP racer with lights and a registration plate holder had a sticker price of around 50 lakhs (excluding duties!). That was way back in 2006 and the bike was the Ducati Desmosedici RR. 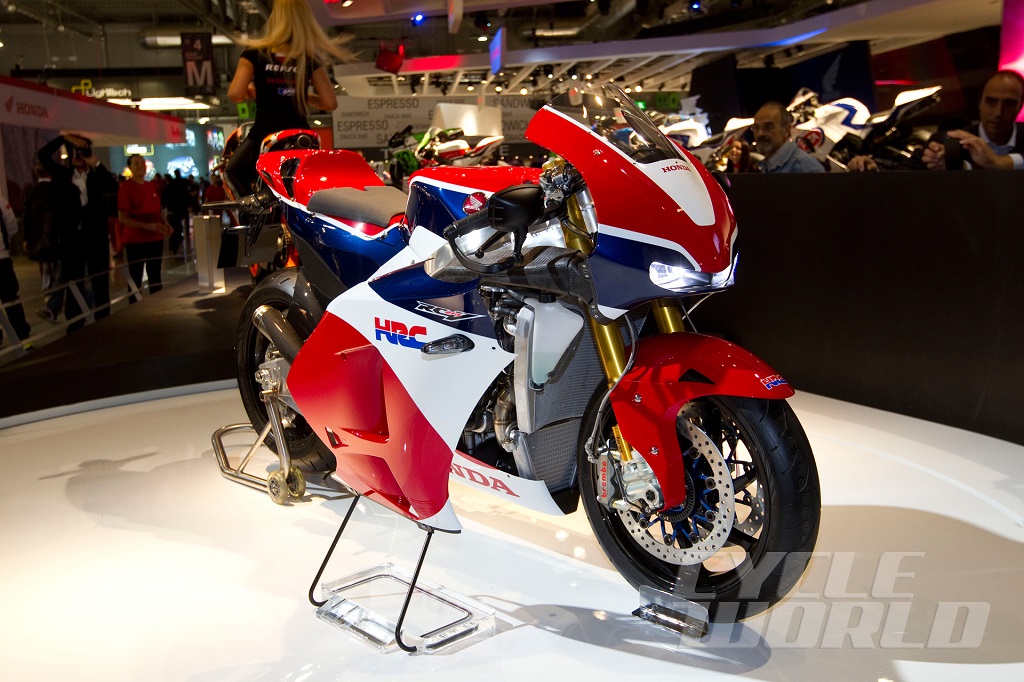 Now, at the ongoing EICMA motorcycle show in Milan, Italy, Honda unveiled a V-4 equipped sportbike based on the MotoGP championship winning RC213V! The streetbike is simply called RC213V-S, where, obviously, the new suffix stands for ‘Street’. Cycleworld reports that two samples of the bike were shown – a static motorcycle painted in the Japanese flag colour scheme (above), and a running example in full carbon fibre (below) ridden on stage by none other than Mr. Marquez, the current MotoGP World Champion. 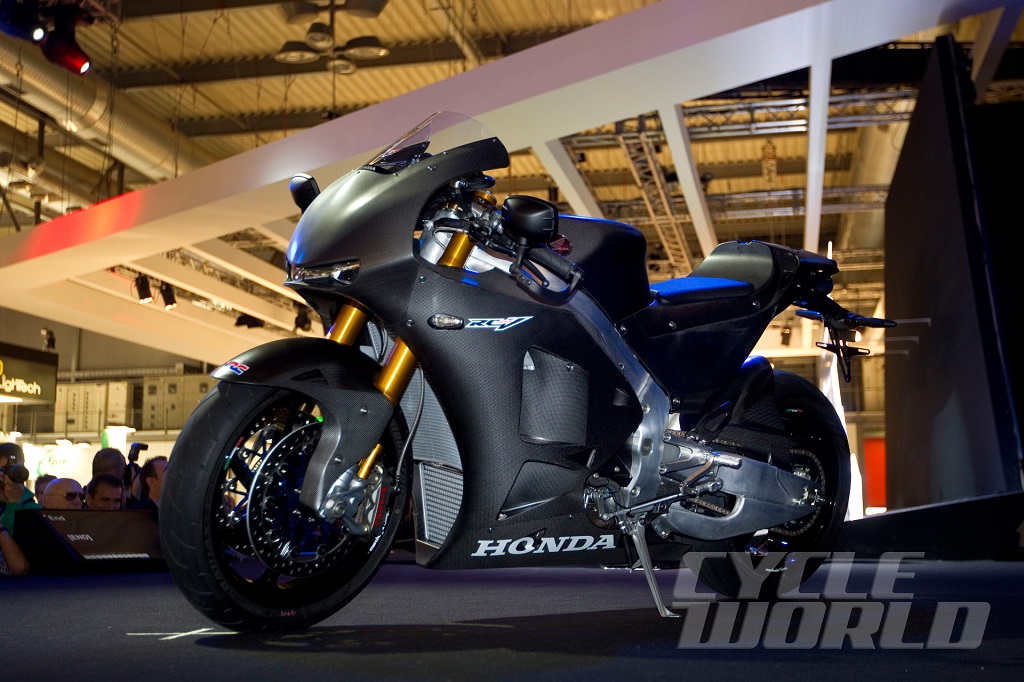 Honda’s first MotoGP bike was the RC211V which in its debut in 2002 decimated all at the hands of Valentino Rossi, and the rider-machine combo repeated the success in 2003 as well before Rossi switched over to Yamaha. That RCV had a V5 engine and remained in service until 2006 when Honda started testing the new V4-engined RC212V. However, it’s the current RC213V (again a V4) that, apart from winning championships, might also bring a paradigm shift in Honda’s future development of its CBR 1000RR superbike…

Anyway, we are not complaining till the time the bikes get better and better (read ‘more and more powerful’) and though Honda has not disclosed the power and price figures, we reckon around 220-240 bhp (the MotoGP bike makes 240-260 bhp) for this one while the price is anyone’s guess!

Related: Will Honda’s New 160cc be Just an Updated Unicorn or an All-New Bike?