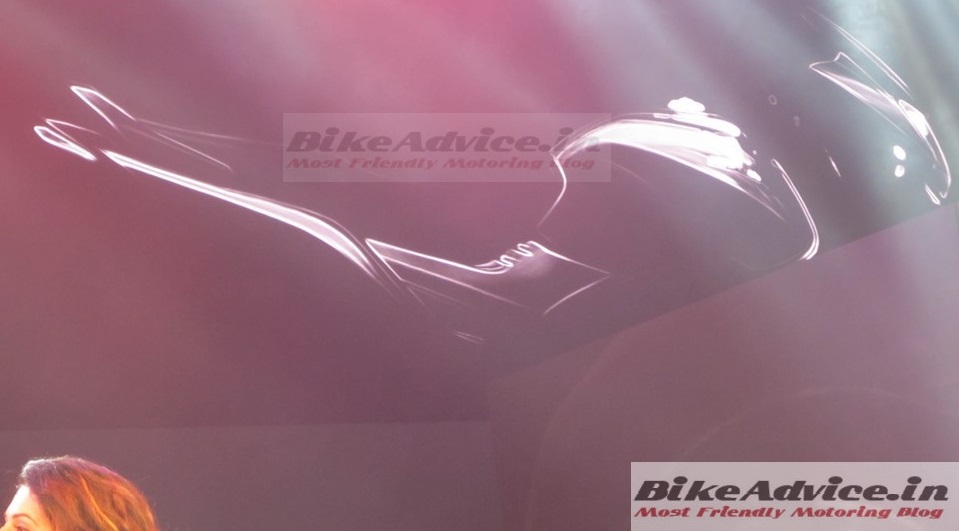 Apart from the launch of CBR650F, unveiling of the interesting Hornet 160R, showcase of new CBR150R and CBR250R, at the RevFest, Honda two wheelers also confirmed their fifteenth and last promised product for the year – a motorcycle! While they did not divulge many details of the ‘Mystery’ motorcycle but they did showcase a few teaser images, which are also inserted on this page.

Upon careful observation, this appears to be the same bike which was snapped a few days back testing and is expected to be another 125 cc model which, we now feel, will live alongside the successful Shine (and not be a replacement). The unnamed bike has a bikini fairing and the contoured tank continues to an upswept seat. The grab rail is a single unit and has a standard design.

The second teaser image (below) reveals the front wheel which is shod with Ceat Secura Zoom+ tyre. The test mule did not sport front disc brakes but this pic confirms that it will be on offer, most probably as an option on the higher variant(s). 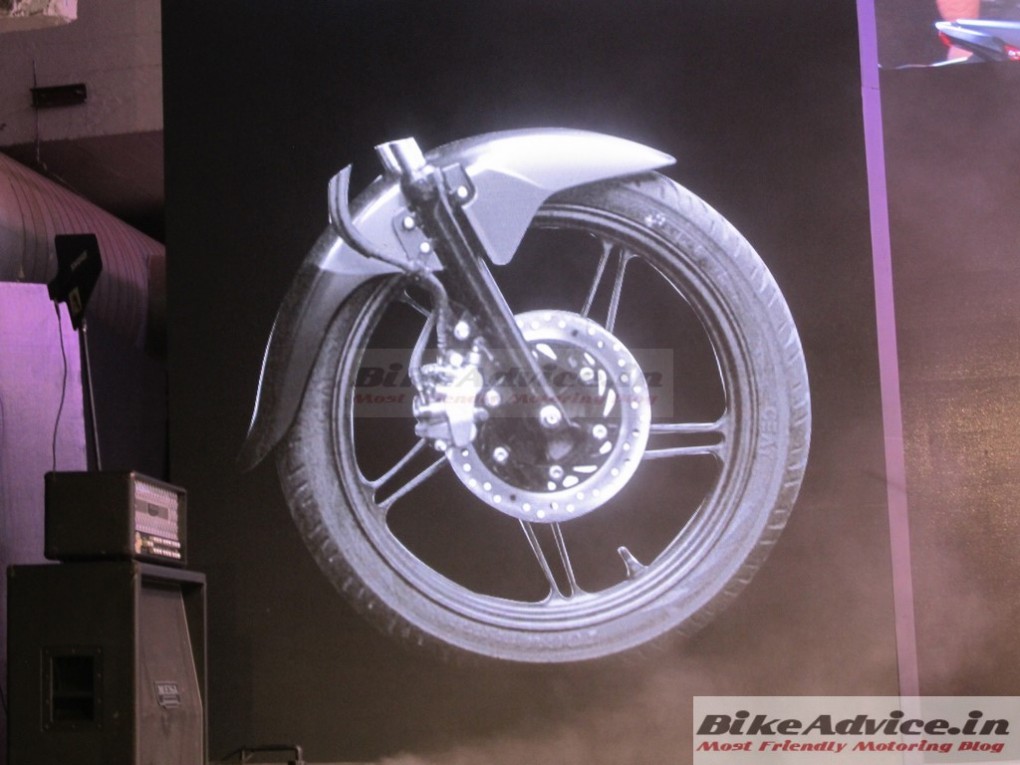 Honda claims that this new mystery product is ‘a stylish bike for young professionals’ and they believe that this teaser will serve the purpose of ‘amplifying the excitement amongst the Indian motorcycling community.’ But does it so? We will leave it to you guys to decide!