Honda Scoopy, a retro modern type scooter from Honda in Indonesia has got new colors in order to attract more buyers. Scoopy has got two new colors red and black. With the addition of two new colors, Honda is targeting 20,000 units a month sale for Honda Scoopy. These new colors are available at no extra cost and will be available for the same price of Indonesia Rupiah 13.725 million (Rs. 74,700). 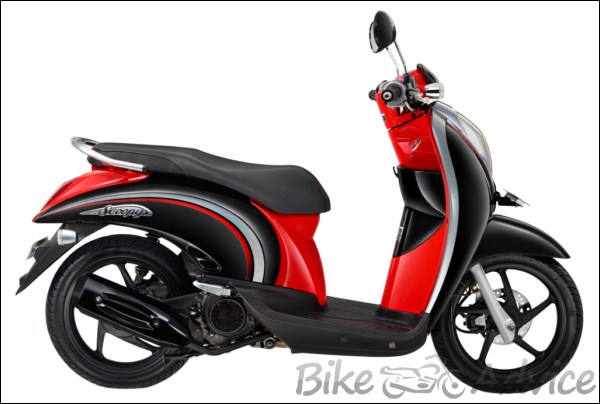 Auddie A.Wiranata, AHM (Astra Honda Motors), Director said “Scoopy unique character design is also highly appreciated by various circles of society that increasingly confirms it as a pioneer of modern retro scooter in Indonesia. Honda Scoopy is choice among young people who want to be different and forward the lifestyle and freedom of expression”

Honda Scoopy was first time launched in 2010 in Indonesia. The specialty of this scooter is its retro-modern type look which attracts younger generation. The scooter has got 108cc engine which can generate 8.2 bhp. The scooter is powerful, stylish and equipped with modern technologies. Honda has sold more than 3,60,000 units of Scoopy since its launch. 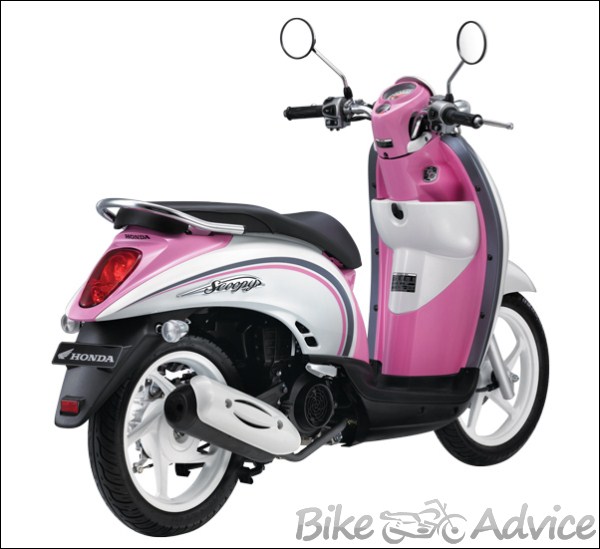 Honda Scoopy is also equipped with several security features that are only owned by Honda which is like a standard automatic side (Side Stand Switch) where the engine will not turn on when the down position and Brake Lock the motor serves to prevent the jump when ignited.  It also has some excellent features such as safety magnetic key (Key Magnetic Shutter) and Autochoke to facilitate starting the engine without having to manually shift the lever. With a color refresher, Honda Scoopy currently has five color variants of Cayenne Black, Sugar Blue, Candy Red, White Classic and Vintage Violet.