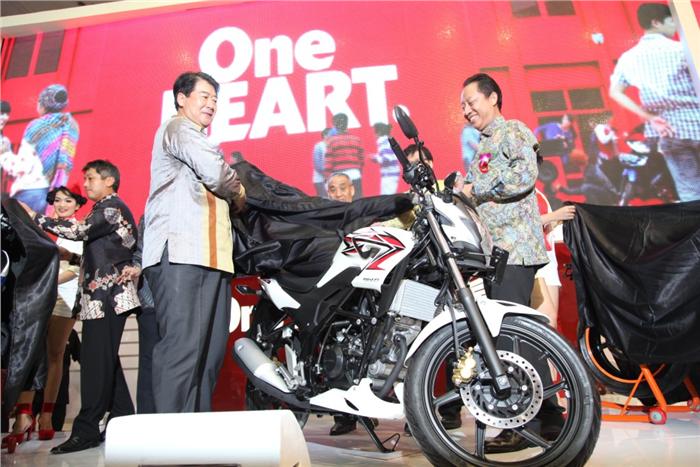 Good news from Honda once again. Finally, the downsized version of the super street bike, Honda CB1000R is out; the CB150R. Honda unveiled this bike at the Jakarta Motorcycle Show in Indonesia. Honda has stated that this motorcycle has been built especially for the Indian market which has made us to think and be sure that it is definitely headed for the Indian markets in a very short time. The CB150R gets its design cues from the CB1000R, although without a big fairing and turn signal indicators. The bike looks impressive, albeit slightly small which is normal when comparing two very dissimilar bikes with similar styling features.

The CB150R gets sporty decals, an exposed steel trellis frame chassis and alloy wheels as standard. Overall, the styling has been carried over very well by Honda designers and bike does look like a streetfighter type bike. It also features telescopic forks at the front, mono-shock rear suspension, and a belly pan like other 150cc bikes. The engine powering the CB150R is same as the CBR150R. The engine is a 149.4cc, four-stroke, single-cylinder, liquid-cooled unit having Honda’s celebrated PGMI fuel ignition (FI) system. The Indian version could shed the FI and oil-cooled systems to make it more cost effective. The exhaust tail pipe is very similar to the one found on the CB Dazzler. The CB150R also gets a kick starter in addition to the thumb starter. 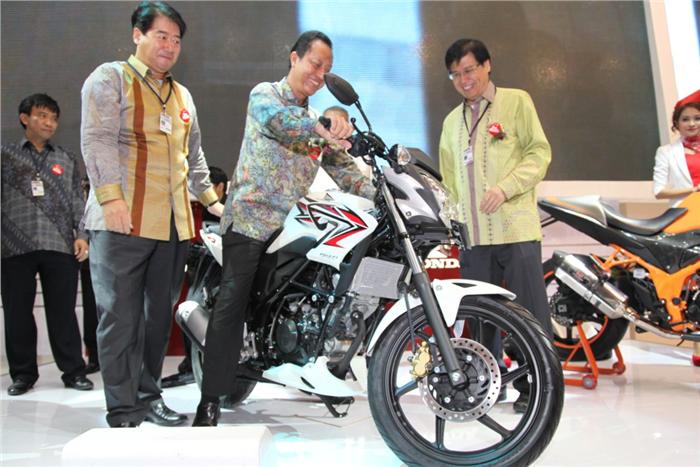 The riding height is low providing an upright riding stance, ideal for city commuting. This motorcycle will give Honda another product to rival with the likes of Yamaha FZ series and Bajaj Pulsar 150. Honda could either bring this as a new model or replace the current CB Dazzler with this one. This we have to wait and watch. Honda has confirmed that the CB150R will not be launched in this calendar year, but do expect to see this bike on Indian roads in 2013.