Honda Motorcycle & Scooter India (HMSI) is planning to ramp up its production capacity to four million two wheelers a year from mid of 2013 when its third plant starts functioning in full swing. 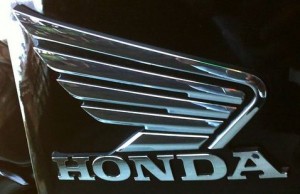 The company will be opening its third plant at Narasapur which is located 52 km from Kolar district.  This is likely to boast of an installed capacity of 1.2 million bikes and scooters per annum. Honda is investing INR 1,350 crore in this plant and will be employing a workforce of 3000 people. The plant will be set up along 96 acres of land.

HMSI currently produces 2.8 million two wheelers per year. If split up, it is 1.6 million at the Manesar, Haryana plant and another 1.2 million at Rajasthan’s Tapukara plant.

The plant in Tapukara manufactures both two wheelers and Honda cars as well. When Mr. Nagai was asked if this plant would also manufacture cars here, he was non – committal and did not answer to the question. This means that there are chances for the company to assemble or even manufacture cars apart from two wheelers.

Here, we’ve an interesting news to share with our readers at this point of time. Mr Keita Matsumara said that there are atleast three to four models which will roll out during the next year. During the previous year, the material costs shot up to as much as 15 per cent for the company and hence he did not rule out its impact on some of their two wheeler prices.

India has always been an important market for Honda even more the company independently entered India by the name of HMSI. India is Honda’s second largest motorcycle buying market next to China. “The South is a big market and we need a southern base,” he said.

According to Business Line, ‘Honda would focus on the meeting the domestic demand. Local sourcing at 70 per cent was mostly from the North and the West; the Narasapur plant would also attract another 15-20 ancillary units and increase sourcing from the South, he said.’