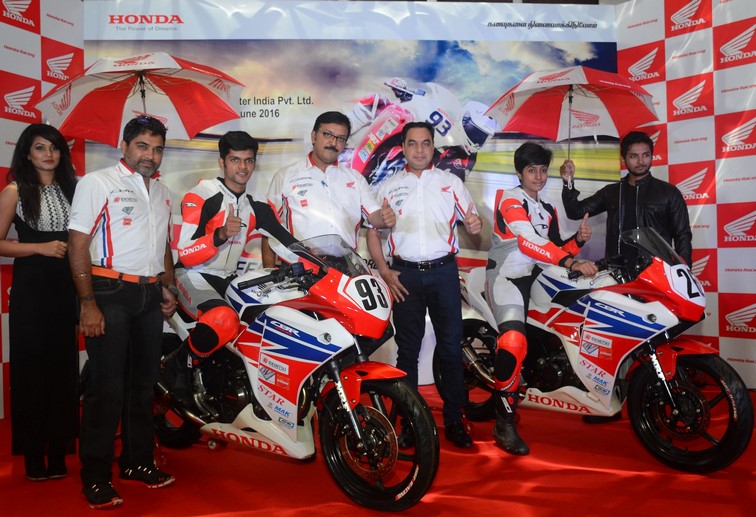 Honda is all set to kick start their 2016 season’s first round of the One Make Racing Championship. In its 9th edition this year, the championship not just sees the bikes to be updated but also includes the issue of women empowerment by conducting an all-women race. They have also launched a helpline number for budding racers (0124-6712863).

Thanks to this uniquely new initiative, any rider who wants to take motorsports professionally, can reach out to Honda. Deserving candidates will be given training for two-wheeler racing at the Honda Ten10 Racing Academy. The Japanese giant will not just be providing technical support but will also make sure that each aspirant has a race spec motorcycle. This move will go a long way in helping youngsters achieve their dream.

This year the bikes have been modified by Honda’s Indian research and development team. The CBR 250R gains Honda Racing Kit which includes new wiring harness with remapping options, advanced racing body cowl kit and an endurance exhaust. The CBR 150R also gets the endurance exhaust and a remapped ECU.

Fans will also get to see some international action as Round 5 held at the Buddh International Circuit with a round of the Asia Dream Cup. Motorsports enthusiasts can see the best racing riders from the continent compete against each other. India will be represented by Hari Krishnan and Sethu Rajiv.

Here’s the calendar for Honda One Make Race 2016: