Honda CBR 600RR, one of the all time favorites in the track days and the biggest crush for a few when it comes to the Supersport Category has seen a change after almost half a decade.

Honda officially launched its 2013 Version of the CBR 600RR Super Sport this week in Donnington Park U.K. When everyone who were present to test the new CBR 600RR were expecting a knee scrapping track day it was actually snowing on the launch date thrashing all their dreams.

The bike now sports a new front suspension, wheels and Honda’s patented C-ABS (Combined ABS) and an overall make-over. Although all the visible body panels have gone in for a change, the only visible factor that distinguishes the old CBR 600RR from the new one is the front Fairing which paints more aggression than the old one that had a sleeping styling and looks. The New Fairing adds functionality to looks too; in the middle of the fairing is the new central intake that splits the head lamp clusters that adds to the aesthetic appeal.

In the press release by Honda it said’ “The Lineage behind Honda’s CBR 600RR boasts ongoing track-tested, championship winning advancements in form and function that have kept this machine at the forefront of the 600cc Supersport class. The newly redesigned CBR 600RR delivers stronger engine output for an elevated level of performance and a brand new front suspension that features Honda’s 41mm Big Piston Fork for exceptional handling and supple action. 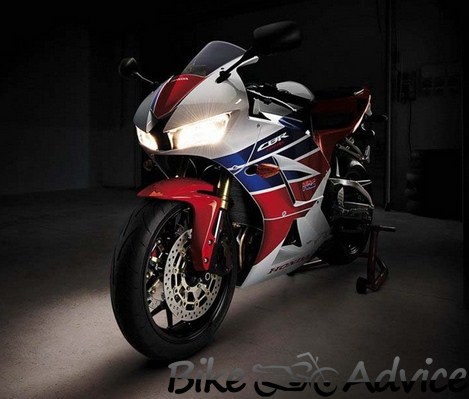 The bike also features an all new MotoGP inspired body work that screams racing all around which is aerodynamically tested too giving out a 6.5 percent decrease in drag when compared to the previous model.”

As exciting as the new specification and the bike looks, sadly the CBR 600RR will never enter Indian territories anytime soon. Blame it on the Import Policy on the bigger bikes. It’s only a dream now.