Honda Motorcycles & Scooters India (HMSI) has always wanted to bring in more scooter and bike models every quarter so as to compete with the ‘Numero Uno’ position. Honda is keen on dominating every segment of Indian two wheeler market. It has already proved its dominance in the scooter segment and in the premium segment which is 250cc segment. 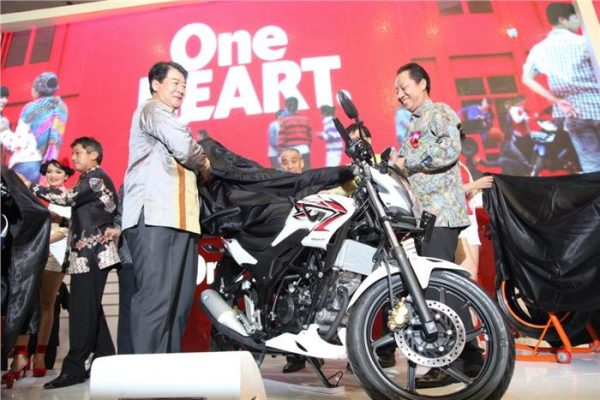 With the coming up of Honda’s new plant in Kolar in the state of Karnataka, Honda has already ramped up its production figures so as to gain an edge over it competitors. Honda is planning to produce the Activa and the Dream Yuga in its upcoming new plant in Kolar which is the company’s third plant. These 2 models are the trump cards for Honda in gaining the pole position as far as the Indian market is considered.

Honda had showcased a naked bike last year in the Jakarta Auto Show and this particular bike grabbed the attention of many visitors and to an extent the attention of press as well. Taking a closer look at the design concept of CB150R which is the stripped version of CBR150R, you can very well understand that it is designed specifically keeping the Asian market in mind.

The frame of the CB150R is gonna be the same as its faired bro, the CBR150R and the suspensions would also be same as that. The rear shocks would be mono suspension in nature and hence one can be rest assured of the rider comfort

The seating position would see a difference as it is basically derived out of street – bike concept. Hence one can expect it to be more upright in nature, thereby offering a different kinda comfort by itself.

Considering the spec of this bike, it makes us eager to get our hands tried on this bike. But, we are a little skeptical on the way Honda priced the CBR150R which made it slightly over – priced in that segment.

If Honda is gonna price this bike perfectly, then for sure we expect it to win hearts of many young bikers as it is a great package to own and ride. There are also rumors that Honda is planning to launch this bike by March 11th. Though there is no official confirmation from Honda on this. There are chances that this rumor might be true to an extent.

Stay tuned with us while we bring more info and input on this.